Outside The Box review by JPear 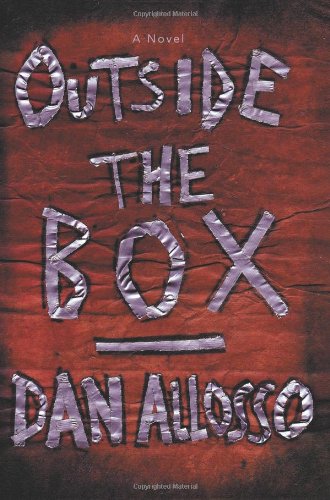 Reid Anderson's dad works for a video game company, so he's not surprised when a new Wii console shows up in the rec room. Despite his lack of interest, Reid, bored, pops in the supposedly family-friendly game Simulacrum and picks up the Wii's controls. After seeing some not exactly family- friendly content, Reid meets another being inside the game-- one whose threats if Reid does not cooperate could really mess up his real life. On a search to find out what or who JCN really is, Reid, for the first time in his life it seems, actually has real interactions with other people. Reid, the loner whose cell phone speed dial list is full of guys who don't even pick up upon seeing his name (and the feeling there is mutual), is making friends. And, of course, learning how to play weirdly enhanced video games.

Not being a gamer, I was unsure what to expect upon picking up this book. I ended up loving it and anxious for the sequel! Dan Allosso's fleshed-out characters and considerable writing talent make Outside The Box plenty enjoyable even for those of us who have played video games maybe three times ever. The highly original book is fast- paced and exciting, making it a quick read that even reluctant readers will love. I was very impressed with Dan Allosso, and I'm really looking forward to his next project (and happy to see that a sequel to Outside The Box is in the works)!

A little bit of (not graphic or gratuitous) adult content and violence.
KEYWORDS