Out of This Place review by VBat 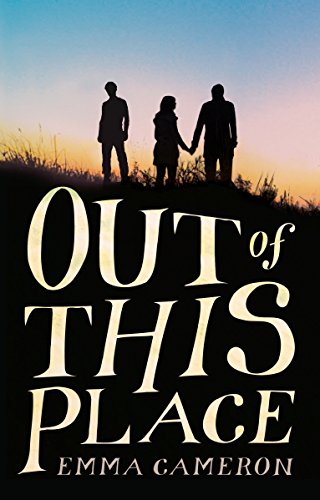 Set in Australia, Out of This Place is the story of three friends who just want to get out of their respective situations and set out on their own adult paths.

Luke has an average family, plays sports, and has a job. What he doesn't have is a plan for his future. He struggles to make important decisions about his schooling and career, and stresses over the predicaments of his two best friends.

Casey has a controlling father, who rarely lets her hang out or even communicate with her schoolmates. She knows that she was a mistake, and feels that her parents resent her for putting a stop to their plans. She is confident that if she were on her own she could be successful, but finds herself withering under the strict control of her dad.

Bongo's mother is in and out of  drug rehab, and he lives with his abusive stepdad. His little brother, Dylan, is taken away from the family and put into foster care. Bongo misses Dylan desperately, and searches for any way to ease the pain, including drugs.

Throughout the story, these three friends prove their loyalty to one another, and support each other's dreams as they break free of all that is holding them back.

I enjoyed Out of This Place for many reasons.

First of all, I genuinely like each of the characters. It is not often that I find a book that depicts realistic characters who make logical decisions. While they are not perfect, Luke, Casey and Bongo's choices make sense and prove to the reader that each has a heart of gold.

Throughout the book, the story unfolded through three different perspectives. While the storyline remains the same for each point of view, each adds details and emotion to the story. This style allows the reader to get to know each character's life and thoughts, making it easier to relate to each.

The book was written in prose, but the format included only three or four words per line. Although this format was initially annoying, I eventually began to appreciate the inconvenience. By slowing the reader down, the format forces them to notice the word choices and to really focus on every word. The slow pace makes descriptions harder to skip over, resulting in a more enjoyable reading experience.

I would recommend Out of This Place to teens and young adults who enjoy realistic fiction.

Read more reviews by this Litpick Book Reviewer: VBat
Recommend this book and review to your friends on Facebook