The Orion Medallion review by davidthespy 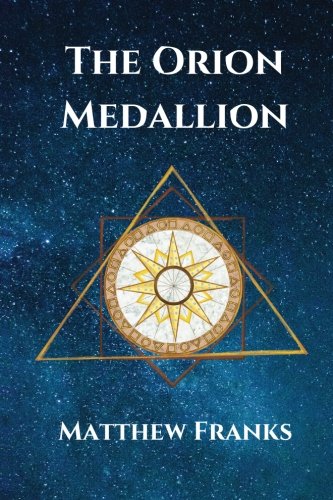 The Orion Medallion is about a boy named Austin who, on his way home from school, finds out about a society called the Universe Preservation Alliance. The people in this alliance are convinced that Austin is the only one who can save the universe from complete annihilation. He has to fight aliens called Dethcors who want to stop him from saving the universe. Along the way he teams up with two other humans, Ret and Kyra. He is also helped by alien brothers, Farrack and Mallack.

The Orion Medallion is a great book with a lot of surprises. The plot is well-thought-out and just makes you want to keep on reading. The characters are well-made and have real-life personalities. The Orion Medallion makes you think it’s going one way, and then all of a sudden it changes. One of the things that I like about the book is the dramatic way it seems like they couldn't possibly succeed but then just like that there is a dramatic solution. Also, at the end his mom freaks out because he has been gone for a while. It just feels like that is what would really happen. Finally, when I read The Orion Medallion, it felt like I was right alongside the characters. This is a great and descriptive book. I would recommend this book for ages 10-14.

Read more reviews by this Litpick Book Reviewer: davidthespy
Recommend this book and review to your friends on Facebook