Mind Over Bullies - A MOB Forms review by Lcat1427 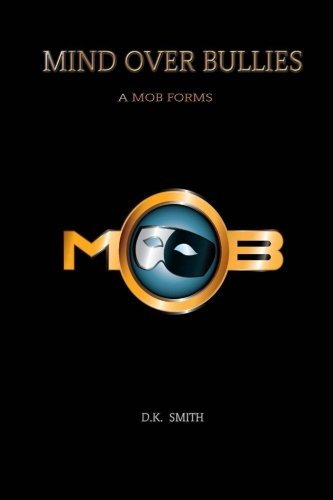 Mind Over Bullies-A MOB Forms, written by D.K. Smith, is a fast paced, action packed, modern day thriller. Margo thinks people who are bullied are "weak." They let words get to them, never defending themselves, a constant cycle of mean words streaming from the mouth of the attacker. Margo has never had to deal with bullies; she is smart, popular, and pretty. When a close friend betrays Margo, shattering her reputation, she realizes how the "weak" feel, and she wants to stop it. After creating a group of real life superheroes to protect the innocent from countless predators, plans quickly get out of hand. After getting tangled up in a counterfeiting scheme they must hide their identities from the police. Little do they know that in a world of bullying, nothing goes as planned.

Overall I would give this book four out of five stars. I loved the way Smith lured me in, making it impossible to put the book down. He is a beautiful writer, creating a milieu of the modern day high school, something I could relate to. I was easily able to connect with the characters and put myself in their shoes, making the book much more enjoyable. The only downside to this book was the counterfeiting addition. It was difficult to follow along when the chapters changed from Margo's viewpoint to the facilitators of the counterfeiting. In the end, I would recommend this book to anyone ages 12 and up.

Read more reviews by Litpick Student Book Reviewer: Lcat1427
Recommend this book and review to your friends on Facebook