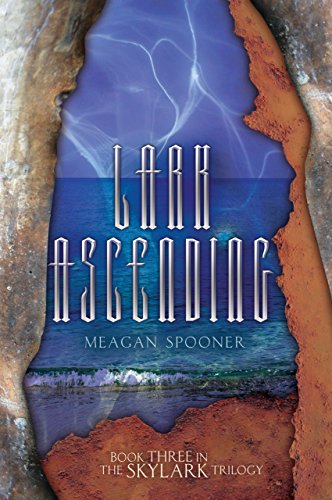 Lark is back home. After escaping from the Institue, she has returned to a rebellion that her brother now leads.  Although they were never close before, she feels like a complete stranger. Still discovering the extent of her powers, she is also given the duty of becoming a hero to the rebellion. Feeling unsure of herself leads Lark to doubt her ability to lead them against the Institute. There are some who look to her as that hero, while others look to a new source, EVE.  Rescued from the Institute as a powerhouse and informant, Eve seems to have a uncanny ability to calm the people. Now with a rival, Lark must decide whether to work with Eve, or view her as an enemy. With the mechanical pixies roaming, the Institute preparing for war, and Lark trying to relearn her best friend's emotions, there are only secrets to be revealed and disguises to be shown.

I read this book without previously reading the first two. I had hoped that it would give a little more background at the beginning of this book, even as a third book, but there really wasn't. It took a good while to get and idea of what was going on. Once I understood the setting a little more, I didn't really enjoy the plotline. One of the things that I dislike in fantasy/science fiction books is when authors try to combine mechanics or modern technology with magic. There are some authors who can do it well, but this one was not well done. The boundary between machine and magic just did not flow well, and there was not enough information on the magic's limits. For books like Eragon or the Moratal Instruments, there is a deeper sense of the magical part of the story. In this book, it baiscally said: "Oh, she has magic, and it can break barriers. Yay." Also, the storyline in itself was very predictable. The troubles with her "boyfriend", the trouble with Eve being like the pefect person and making Lark misjudge herself, and the fight against an all powerful organization that thinks it's doing something good for the sake of the nation were all bad renditions of things that I have read before.