Jennie's War: The Home Front In WWII review b... 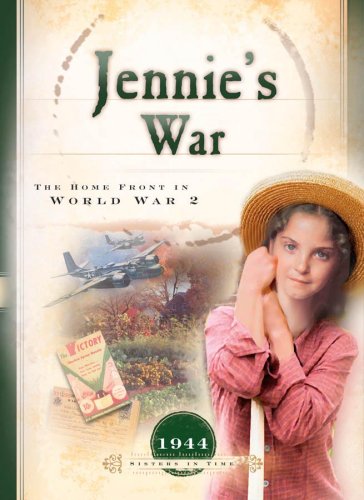 Jennie's War: The Home Front In WWII
by Bonnie Hinman
Age Range - 12 and up
Genre - Adventure

Will Jennie ever be able to catch Pietro in the act? Jennie is led to believe that Pietro is a spy trying to find out information about Boeing, a factory that makes airplanes for the war, after she sees him doing some very suspicious things. One day Jennie overhears Pietro talking to a strange man about meeting in the underground, and having no idea where that is, she decides to follow him. While doing so she runs into a small problem along the way and has to seek the help of her brother, Tommy, in order to solve it. Jennie is uncertain of asking for Tommy's help, for she is afraid he will take control and boss her around when it was her idea in the first place. From growing vegetables in the "Victory Garden" to collecting scrap metal for the war effort, Tommy and Jennie are always making everything a contest between them. Will Jennie ask her brother for help or will she let Pietro get away and possibly risk the lives of the many people who work at Boeing? Find out in this faith-based book called Jennie's War written by Bonnie Hinman, which is one of the many wonderful books in the Sisters in Time series.

This book is set in 1944 during World War 2. It teaches the reader how the people had to live and about the many different things they had to do to help with the war effort. Jennie's War also teaches you how working together instead of competing against one another will get you farther in life. I think this is a great book that throws a surprise ending at you. I highly recommend Jennie's War mainly to girls, ages 9- 12.

Read more reviews by this Litpick Book Reviewer: CMy
Recommend this book and review to your friends on Facebook