Hattie Ever After review by swimmer1430 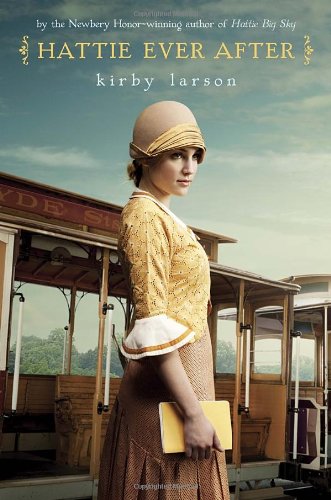 After leaving her Uncle Chester's homestead to pay off the debt, Hattie Brooks is now ready to take on a new challenge: she wants to be a reporter. Ever since she began writing about working on a farm for her local newspaper in Iowa, she caught the writing bug and decides to try her luck in San Francisco where she discovers an old lover of Uncle Chester's lives. Hattie hopes that this woman can provide answers to Uncle Chester's life and why he called himself a "scoundrel." While in the bustling Californian city, Hattie makes new friends and colleagues, but is torn between her new life and the life she could have had with Charlie. Whatever she decides, Hattie proves that turn-of-the-century women can do anything they set their mind to.

It is fitting that I am reviewing Hattie Ever After, because Hattie Big Sky was one of the first books I ever reviewed on Flamingnet. I really enjoyed the predecessor to this novel and was excited to find out the author decided to write a sequel. Even though it's been so long since I read the first book, I was able to quickly jump right back into Hattie's story. I loved how brave and daring she is, especially moving to a big city to accomplish a pretty lofty dream: to be a reporter. Many women had trouble entering male-dominated fields, but Hattie's talent and gusto for writing allow her to join the ranks of women reporters. As for the story, a lot of the plot points that were suppoesd to be twists ended up being easily predicted, but that didn't take away from Hattie's character development. Fans of the first novel will be pleasantly surprised by Hattie Ever After and history buffs will find plenty of interesting factoids about the early twentieth century.