On The Free review by ongsai 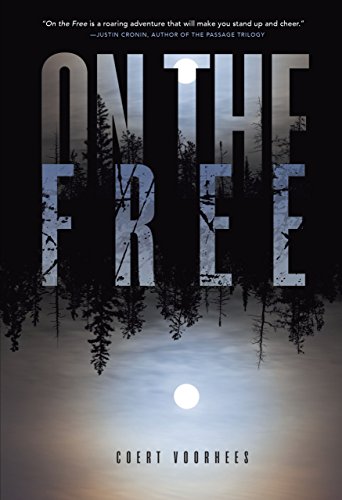 Before the onion ring accident, Santi had a father who taught him to survive in the woods and an intelligent sister who he could be proud of. Before beating up his best friend, Victor was a proud Eagle Scout and had a mother who loved him. Before Tyler left her, Amelia was the perfect daughter who was molded by a rich family template. They meet through juvie, the Bear Canyon Wilderness Therapy program. Each night of the therapy campout, a member of the whole troop is asked to share their story, their sorrows, their secrets. When the avalanche hits, more secrets are revealed than any of them thought they would end up sharing.

I've never read a book about kids in a juvie situation, and I believe that this was a good way for anyone to be exposed to it in writing. Alternating between past and present events gave an insight that not all juvenile delinquents live up to the stereotype.

The plotline was introduced in a style that I enjoy but wasn't executed very smoothly and was choppy in many areas. Many of the chapters were vague glimpses of each character's past, allowing the reader to create their own interpretation of the character's thoughts. Because of the stream of consciousness style of these memories, the spoken words only described the exact situation. That really got to the core of this book. It showed that every single person will eventually want to prove a point, want to get something off their chest. The linchpin of this idea was the setting of a survival situation: finding out the truth of others at the cost of hiding your own secrets.

In mechanical terms, there were quite a few instances where the wording of sentences didn't make sense or where certain areas seemed heavy with swearing. All in all, it's a thought provoking story that I believe many young people might be able to connect to.

Lots of swearing, even F-bombs. Some mature material insinuated.
KEYWORDS