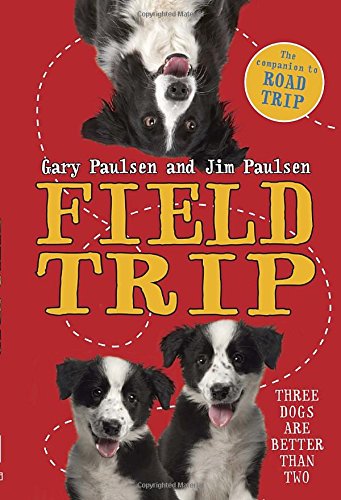 Boomer123
Age at time of review - 9
Reviewer's Location - Stow, MA, United States
View Boomer123's profile
Ben Duffy plays hockey on a travel team so he doesn't have a lot of time for school. He eats breathes and sleeps hockey.  Ben has been getting bad grades lately and hasn't been paying much attention in school because all he can think about is hockey and wanting to be in the NHL. Now he has been invited to try out for an elite hockey academy and boarding school a few hours away. When he asks his parents about the academy they say no, and that he should be focusing more on school.
Ben's parents want him to catch up with his class on their two-night field trip. His dad says he will drive them in their work van, which is an old ice cream truck. Instead of going to the field trip, they go on an adventure, visiting movie sets, and camping in the woods. But Ben is coming up with a plan to trick everyone so he can try out  for the hockey academy.
Ben has two dogs, Atticus and Conor.  Atticus is worried that Ben will go away to the hockey academy.  Atticus is very serious and talks a lot.  Conor is playful, doesn’t talk much, but when he does it’s funny.

Gary and Jim Paulsen have yet again delivered another great father and son book. I love this book so much and I think it's a great follow-up to Road Trip! I also like how it is written from Ben’s perspective. Conor and Atticus were always cracking me up because Atticus is so down to Earth and Conor, well, isn't. I also liked how the twins, Charlotte and Jacob are super smart and peppy and are always making me laugh with their smartness. I like this book because I think it shows a great father and son relationship.

Read more reviews by Litpick Student Book Reviewer: Boomer123
Recommend this book and review to your friends on Facebook