Debunk It! review by Zack-Is-Swag 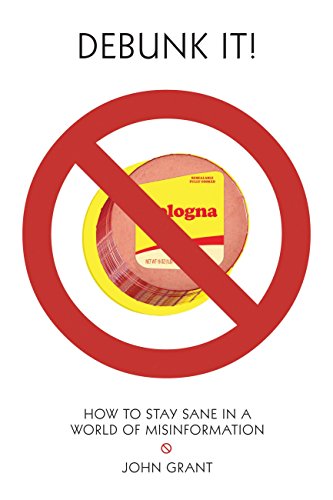 Debunk It! Is about how the author, John Grant, feels about conspiracy theories and myths. He takes time to break down these myths in order to find the truth. In the book John Grant goes over lots of controversial topics such as “it wasn’t a plane that struck the Pentagon but a cruise missile.” What is the art of debunking you may ask? Debunking is breaking down a subject sort of like the “MythBusters” do on their television show. In the book, Grant debunks theories such as how some people believe that AIDS was created by the CIA. He finds out it wasn’t created by the CIA though. There are some interesting chapters like That’s Not Exactly How It Went: Faking History. In this chapter he debunks the theory that the United States didn’t have the first man on the moon but the “first man on the moon in Hollywood.” This means that some believe Neil Armstrong didn’t go to the moon but the pictures and videos on the moon were staged. He had evidence in the direction of it being true. But later John Grant found out this myth was a hoax. The book explains many other theories but you are going to have to read to find out!

This book was great. It is a little confusing, but I understood most of it.There is a bit of profanity so that is somthing to be aware of before reading. This is my new favorite book. This book should not be read if you are under the age of 12 because it has a lot of adult content and content that is hard to understand. All around I LOVED this book!!!!! This book discusses some pretty serious issues that have happened in our world, and the author offers a great perspective.

It said Bull$#@t a lot but other than that it said nothing else except words like "crap."
KEYWORDS

Read more reviews by Litpick Student Book Reviewer: Zack-Is-Swag
Recommend this book and review to your friends on Facebook