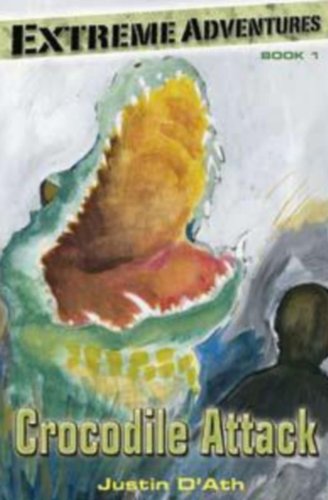 A robber has kidnapped Sam, and her little cousin Nissa while there is a cyclone warning. Where will he take them? Will they survive the car crash? Sam has to try his hardest to make Nissa survive. Will they get hit by a train? Sam gets bit by a snake. Will she survive? What is the kidnappers name? Will he save Sam and Nissa? A wild pig comes along, will it be worse than the crocodile? Sam fights for Nissa with an alligator! Will Nissa save Sam? Sam gets paralyzed by the crocodile for the waist down. Will a rescue helicopter save their lives?

I really liked this book, because of all the adventure and action in this book. My favorite character is Nissa. I liked Nissa because she said everything like baby talk, and she kept saying Sam take Nissa home now. She also saved Sams life which is pretty cool. I also liked Nissa, because she really didnt know what was going on the whole time. If she knew what was going on she would have helped Sam more and not annoying her. This was one of my favorite books that I have read in awhile. I also liked how the robber helped Nissa and Sam survive by telling a fisherman the entire story, so he called a rescue helicopter to help them, and they live!

Read more reviews by Litpick Book Reviewer: AH_JMajor
Recommend this book and review to your friends on Facebook