CINDERELLA: The Classic Version of the Popular Fai... 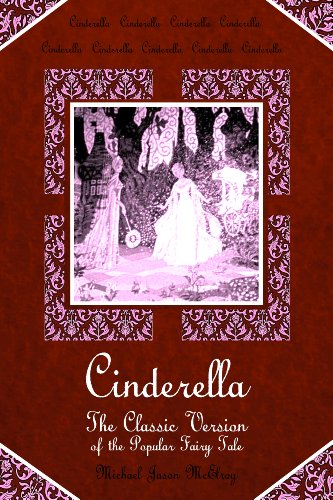 CINDERELLA: The Classic Version of the Popular Fairy Tale
by Michael Jason McElroy
Age Range - 12 and up
Genre - Classic

A prince is looking for a bride at a royal ball. Cinderella, a "slave" to a mean stepmother and stepsisters, wishes she could go, but she is not allowed. Her fairy godmother appears and performs a spell that dresses her up, telling her the spell will wear off after midnight. The prince falls in love with Cinderella at the ball. She forgets about the spell and leaves hurriedly in the nick of time, leaving behind one of her glass slippers. The prince decrees that whoever's foot fits the shoe will be his wife.

I liked this book because it described the plot very well. It was written in a creative, rhyming, poetic fashion that I enjoyed. I don’t think it was quite good enough for five stars because the beginning was not as “attention-grabbing.” I would recommend this book to other people because they would like this variation of the way the book was originally written.

There is nothing offensive in this book. No profanity or anything similar to that is mentioned at all.
KEYWORDS

Read more reviews by Litpick Student Book Reviewer: Nixie Wind
Recommend this book and review to your friends on Facebook