Beneath the Heavens review by BJan1111_BCL 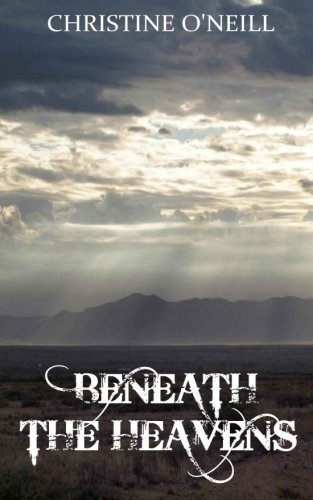 On a train bound for the Everlands, a fabled island that is said to remedy all ailments, many who are said to have "incurable" diseases wait as they speed toward their salvation in Beneath the Heavens by Christine O'Nell. Some are bedridden, some barely conscious, some just slowly wasting away. Saying they are relived when they get there is an understatement barely surviving a vulpiodon attack (the Everland's only real "threat") was heart-stopping enough. They find their niches quite quickly, and start to settle down into the Everland's peaceful beauty until something goes horribly wrong. Two murders taking the life of the train's conductor and a shady magician wreak havoc among the residents of the Everlands. From there, it only gets worse. Another passenger from the Miracle Line goes missing. A pair of natives are found mutilated by vulpiodons vulpiodons that were supposed to be kept out by the Everland's protective bulwark until somebody dropped it in the middle of the night. The town's guiding light, Lazarus, is slowly wasting away. Two men are wrongly condemned for murder only to later escape and find a secret no one was supposed to discover& "Quence heard rapid footsteps behind him -.Shifting as best as he could manage, body prickling with fear, he struggled to look behind him while reaching for the knife in his pants."

really did enjoy this book. The many viewpoints in this novel kept it edgy and interesting you could connect with at least one character. O'Nell explored the very tip of fantasy, but gave it a suspense-filled vibe, and then added a dollop of romance to create one dynamic manuscript. The only downside I noticed is that I got a little confused at the beginning there were so many different characters and the setting was a little hard to distinguish but once you got the hang of all the personalities' names, you were set free to kick back and enjoy. O'Nell provided such diversity in this book, from an annoying insomniac to a sweet paralysis patient. Some of the scenes felt like they came right out of CSI; the mystery, the shady suspect, the surprise ending. There was definitely a creative story plot, and the imagination of O'Nell is certainly expansive. In the end, I would give this book a five star review! (Even if it hasn't been made into a movie--yet.) "Otto stopped to look at Tienan. "Before the Everlands was all this, it was a volcano. This is the nowhere that these tunnels don't lead." I would recommend this book for ages ten and up, for some of the profanity and sexual references. There was nothing too obscene in the novel, though. I was really impressed with the language for a teens' book, it only had one or two real-world curses in it. So, who is the soul that is slowly killing off the people of the Everlands? What is the mysterious secret that no one was meant to see? Beneath the Heavens has all the answers!


Read more reviews by this Litpick Book Reviewer: BJan1111_BCL
Recommend this book and review to your friends on Facebook