Being Sloane Jacobs review by sumrsilentmusic 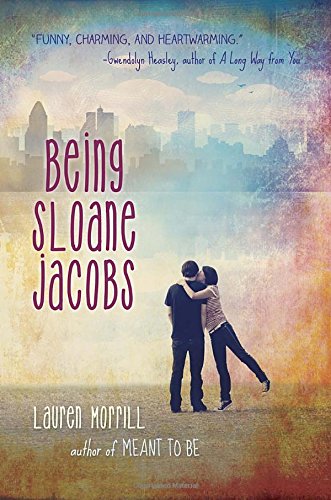 Being Sloane Jacobs is quintessentially the story of The Prince and the Pauper with an ice skating twist. Sloane Emily Jacobs doesn’t want to go to a prestigious figure skating camp because of her failure at junior nationals three years ago. Sloane Devon Jacobs isn’t too happy about going to hockey camp because the pressure of obtaining a hockey scholarship for college is getting to her. The Sloanes literally run into each other at a hotel and decide to switch lives for the summer as a form of escapism.

I picked up this novel tentatively because figure skating novels tend to go badly, but I keep reading them to find a good one. I was hoping this was one of the good ones. It wasn’t.

The main problem with figure skating novels is that the author who is writing the novel doesn’t really understand what the figure skating world is like. In Being Sloane Jacobs, the skating world becomes a caricature full of catty girls and judgemental people with a couple of skating phrases thrown in. Lauren Morrill doesn’t even bother getting the vocabulary correct. For example, Morrill says that Sloane Devon uses a camel spin to avoid her opponents while playing hockey. It would be impossible to perform a camel spin while playing hockey, and while it’s true that most people wouldn’t want to come near a skater doing a camel spin, I can find no possible explanation as to how it would help someone keep the puck.

I found the concept of this novel to be pretty contrived and unbelievable. First, I find it odd that neither of the Sloane Jacobs has friends in their respective sport who would be in camp with them or would at least recognize that it’s not the right Sloane Jacobs here. Second, it would be pretty impossible to be able to master a sport in a couple weeks the way that Sloane Emily and Sloane Devon did. Even though both sports involve skating on ice, hockey players have different skates than figure skaters do. It would take a while to simply get used to the difference. Additionally, the Sloanes literally met twenty-four hours before they trusted the other enough to switch their luggage. Either they’re extremely naive or unrealistically trusting.

This book also had too much breadth and not enough depth. The author tries to deal with too many issues in one book, and as a result, everything was easily resolved and glossed over. I don’t think both of the Sloanes should have found love interests in this novel; it made it seem too perfectly balanced. It would have given the author more room to focus and develop one of the romances, to make it more multi-faceted. Instead, having two love interests makes it hard for the reader to keep them straight in her mind, and when the conflict comes, it feels as if the conflict exists to exist instead of a natural progression of the relationships. (Seriously, why did those two boys get so angry?)

By the end of the novel, I was told that both Sloane Jacobs changed, and both characters showed change, but I wasn’t exactly sure how they got there. I’m sure this will be a good book for a certain type of reader, especially readers who can look past the technical elements of skating as Morrill is pretty good at getting down the voices of her two main characters and the love interests could be called swoon-worthy, but I was not particularly impressed.

Read more reviews by this Litpick Book Reviewer: sumrsilentmusic
Recommend this book and review to your friends on Facebook