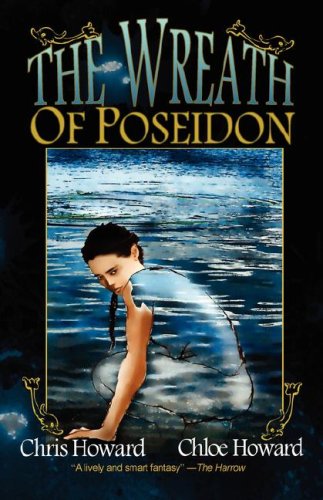 The Wreath
Chloe Howard, Chris Howard
The Wreath is a story of betrayal and the struggle for control over the forces of magic and scientific knowledge. Kassandra's a bookish teenager with an extreme fear of water. She comes from the sea, but she spends most of her life far from it, an exile sent inland to grow up, betrayed by her own family and fated for slavery. She's caught between a murdering king, a governess who's been trying to kill her since she was four, and river witches who spy on her through the plumbing. She's managed to stay alive so far, but on her thirteenth birthday, Kassandra's world tumbles into the abyss. She cries for the first time in her life, and not just a tear. She discovers that her mother and father didn't abandon her, and there's more to her governess than the tyrannical facade.
1 Vote

There are creatures under the sea who are part fish, part human known in storybooks as mermaids and mermen. However, in reality, these creatures look almost exactly like normal people. The only differences are that they have a thin layer of skin between their fingers and toes and the fact that they can breath underwater. They are divided into royal houses, they have a king, and there are traitors, enemies, and an evil army. Kassandra is a Telkhines (never call them mermaids and mermen) who is a descendent of the king. Unfortunately, the king is out to get her.