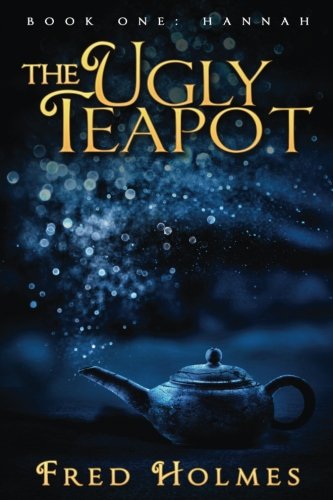 THE UGLY TEAPOT
Fred Holmes
Fourteen-year-old Hannah Bradbury loved her father so much that she worried about him constantly. After all, he was a photographer who traveled to the most dangerous places in the world. To allay her fears, each time he came home he brought her silly gifts, each one with supposed magical powers: the Seal of Solomon, the Ring of Gyges, even Aladdin’s Lamp. It was that lamp that Hannah found most unbelievable, for it looked like an ugly teapot. Nevertheless, her father assured her it was real, and made her promise to save her three wishes for something very special. Then . . . six months later . . . the unthinkable happened. Her father was killed while on assignment to Baghdad. And so on the day of his funeral Hannah did something she never thought she would ever do. She took out that teapot and gave it a rub . . . The Ugly Teapot by Fred Holmes is a timeless tale, filled with magic and adventure. More importantly, it will make you believe in the overwhelming power of love.
1 Vote

The Ugly Teapot is a novel about 14-year-old Hannah Bradbury, a girl who is mourning her father’s death. Hannah's father, Gil Bradbury, was a famous photographer who explored and captured the wonders of the world while Hannah’s mother stayed home with Hannah and her two younger brothers at their house in Green Park, Tennessee. Gil was Hannah’s role model, and it seems like she has lost him forever after his death. However, Hannah soon finds out that may not be the case.