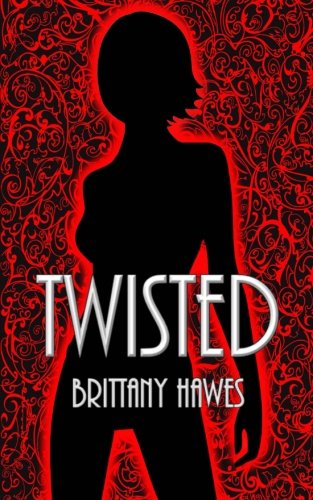 Twisted (Volume 1)
Brittany Hawes
TWISTED won for best book in the 2013 Young Author Contest by Deep Sea Publishing. It is part 1 of the Twisted series by Brittany Hawes. Street-smart and sassy Lola Phillips has never had it easy. An orphan at the age of eight and a high school dropout at the age of 16, Lola’s only concerns in life are making it to the next day while living on Skid Row and seeking out her missing parents. When a mysterious man approaches her with a tempting offer to help her find out what happened to her parents, she agrees. Her agreement: To take on the name of Harlot Rue and become his personal agent and assassin. Easy, right? Lola takes her new job and is propelled into a world she had no idea existed underground. Welcome to H Corporation, a secret organization burrowed miles beneath the earth, hidden away from the rest of the world. Their goal is to maintain peace throughout the world and they need people like Lola Phillips to do so. Unfortunately, being a teenaged girl comes with the same problems no matter where you are—even miles underground. Enter infuriatingly handsome and haughty Retro, a fellow agent whose main mission seems like it may be to make Lola fall madly in love with him. It’s up to Lola to stay grounded enough to do what she came to do. But finding her parents won’t be as easy as she’s expecting, especially when there’s another organization who would do anything, including murder, to stop her.
4 Votes

Twisted is about a girl named Lola Phillips, whose parents mysteriously dissappeared one night. Now homeless, Lola is doing everyhing she can to find out what happened to her parents. So when she meets a man who says he can help her find her parents she immediately agrees, not knowing about the amazing and mysterious adventure that is ahead of her at H corporation.

Street-smart and quick-witted, Lola Phillips is a homeless orphan--except, Lola refuses to believe so. Convinced that her parents are still alive, she eagerly jumps at a mysterious man's offer to help her find her long-lost family and enters the underground world of H Corporation--land of danger, espionage, and assassination. But just how far will Lola go to find her parents?

Orphaned and homeless, the main character of this series is Lola, a smart yet stubborn girl. She has just learned to cope with life on the streets when a man shows up asking her what she would do if she could see her parents again. Of course Lola wants to see them, but does not know if she can trust the man.  The offer would require her to be in extremely dangerous situations, but what choice does she really have?

In the book Twisted