There's a Zombie in the Basement 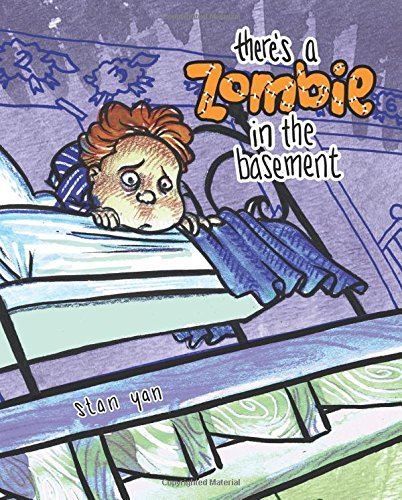 There's a Zombie in the Basement
Stan Yan

"Milo won't fall asleep because he thinks the monsters in the basement are gonna get him. And, if he can't get to sleep, no one will. Mom and Dad better hope his wild imagination doesn't get the best of him!"
2 Votes

Tweet
There's a Zombie in the Basement review by RyanL

In the book There’s a Zombie in the Basement, Stan Yan tells the tale of an anxious young boy who cannot sleep because he is afraid of scary creatures in the dark. This fictional picture book is set in the present day in a little boy’s bedroom. The story begins at bedtime when the boy calls his parents to his room because he is afraid of what might be lurking in the basement. He fears that many frightening monsters such as zombies, vampires, ghosts, and grim reapers are coming to get him. Will the monsters attack?

What's this?
There's a Zombie in the Basement review by Jowill

Is your child afraid to sleep at night? Then this is the book to read. It's fun, entertaining, and will capture any child's imagination!

The young boy, Milo, is afraid to go to bed, and his wild imagination pictures all kinds of creepy characters lurking around his home. His patient parents listen to him and then spin his images in a positive way, putting Milo at ease.