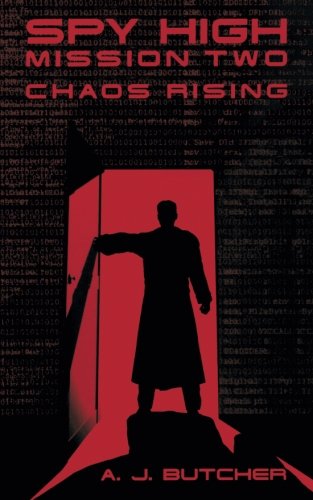 When a terrorist group called Chaos makes disaster fall upon the world by making computer controlled things go out of control a group of teenagers called Bond team has to stop them. But when they learn from a Chaos leader that a supervirus, Nemis, that Chaos created has broken free of their control, Bond team knows this is going to be a hard mission. Since their teammate Cally, has her mind trapped with Nemis, Bond team knows they have to face Nemis head on in the virtual world.

In Spy High Mission Two: Chaos Rising, by A. J. Butcher, the members of the Bond Team, a group made up of six talented teenage secret agents who attend Deveraux Academy, are determined to win the Sherlock Shield. The Sherlock Shield is a prestigious award that would place them in Deveraux Academy's Hall of Fame. To win this award they will have to face the Solo Team, their archrivals, in a tough competition. Outside of Deveraux Academy, however, there are more important issues at hand.