A Secret in the Forest - FeyTerrah Series Book 2 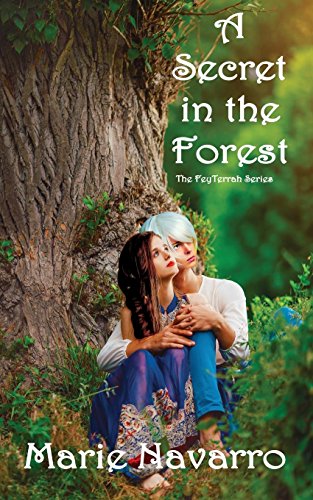 A Secret in the Forest - FeyTerrah Series Book 2
Marie Navarro

Despite Dreamer’s earlier warning, an antagonistic Victor sets out to discover Lily’s secret and gains dangerous information. Dreamer keeps quiet, as he begins experiencing a transformation that will give him extraordinary abilities. Just as the Kingmans are discovering other fey and fey allies in their community, Lily and Dreamer disappear, and the evidence points to Victor. The Kingmans cannot call on local authorities for help without revealing their family’s secret. Dreamer takes drastic steps to demonstrate to Victor what a war between their worlds would mean. Lily makes a painful decision about her wedding.
3 Votes

A Secret in the Forest begins at an enchanted gateway between two worlds, ushering readers into the conflict between the world of humans and the world of fairies.

Lily Kingman, of the human world, harbors deep secrets passed down through the generations of her family. Dreamer, of the fairy world, drifts between the two worlds, trying to protect Lily from the threats of Victor (a human) while undergoing an enormous change within himself.

Will Lily and Dreamer’s romance survive the conflict between their two worlds?

What's this?
A Secret in the Forest - FeyTerrah Series Book 2 review by farmgirl5100

A Secret in the Forest by Marie Navarro is another enchanting addition to the FeyTerrah story. After jumping into the river on his way back to FeyTerrah, Dreamer Riverlord wants one more glance at his fiancée, so he looks back. Upon looking back, he cuts off the connection and is unable to return to his home in FeyTerrah. Because he is forced to stay on Earth, Dreamer finds ways to keep himself occupied with the new situation of Fey Watchers and the unreturned rings.

What's this?
A Secret in the Forest - FeyTerrah Series Book 2 review by nictaf

A Secret in the Forest is the second book in the FeyTerrah series. This book continues immediately after the first. While swimming to the portal back to FeyTerrah, Dreamer accidentally looks away, resulting in the portal disappearing while he's still on Earth! It might be for the better though, because Lily might be in over her head trying to gather the Fey Watcher rings alone. Victor is a worse enemy than feared because he's rich, resourceful, and will do anything to expose Lily's secret.