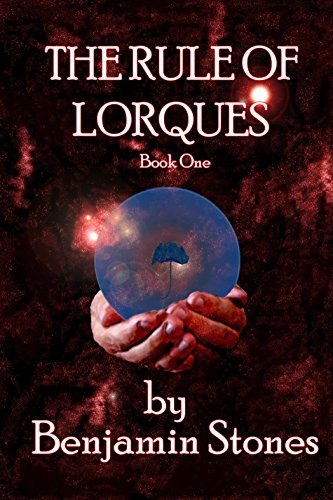 The Rule of Lorques: Lorque Exposure
Benjamin Stones
The first book of the TROL trilogy. Jonas is lost, dazed and confused. His family are gone; his friends are gone. Everything he has ever known has changed; an army of invaders swarm across his planet - Hala. Creatures are falling from the sky, military battalions are breaking the cities, Jonas' home is being destroyed. His fight is dwindling fast. He's no good - he can't win...best to just be lying down; giving in...dying. But hope appears! A fellow Halan evading the enemy; a wild man on the run. Someone he can trust? Someone who will protect him? Who knows...what choice does he have? The Wild Man has friends; promises him safety. They escape into the mountains, comrades in arms, overcoming their fears...living, running...surviving. But the wild man knows things. Whispering dark secrets, tales of a clandestine alien race...a race orchestrating the invasion. What do they want? How does the wild man know so much? What does he want with Jonas? Why are they no longer running? Because now they're fighting, rebelling, turning against the invaders...attacking. Jonas is frightened...he wants his family and home. They're moving...into the heart of the enemy. He's unsure; bewildered. He's told of an alien prophecy; it talks of a weapon that fills him with fear... …not because it can stop the invasion... …not because it can bring home his family... …but because the weapon... ...is Jonas.
1 Vote

The Rule of Lorques: Lorque Exposure is about an alien species that survives by means of symbiosis of the civilizations they conquer.  They have invaded all the planets in their galaxy, except Hala (aka Earth).  In this book, the Lorques have set out to defeat Hala.  The main character, Jonas, is not only fighting to save his planet, but also he is trying to save his family and friends from being taken captive and melded to be a slave to the Lorques.  This fierce battle rages on, leaving you pondering who will win until almost the end of the story.  Just when