I remember starting writing when I was eight years old. I wrote a story about a cowboy in a bar.  My mother read it and said, “Oh, that’s nice darling…come on time for lunch,” but I wasn’t deterred! Back then, I obviously felt the desire to write and I have done so ever since, though never for a career until now. I wrote my first novel “The Rule of Lorques” in 2013, which is a culmination of all my experience from those years of writing. I quickly learned that writing is my absolute passion, and when you find something you love…don’t ever let it go!

In my life, I have been heavily influenced by J.R.R.Tolkien. I grew up on his novel “The Hobbit” from a very young age and tackled the “Lord of the Rings” in my late teens. These books fueled my imagination and have influenced me ever since - they’re just marvelous. I have enjoyed seeing the books turned into film, but, of course, it’s never the same.

Having said that, many of the modern science fiction and fantasy films have also heavily influenced me. Having grown up in the ‘80s and ‘90s, the special effects we see nowadays are just something else and add fuel to an already fiery imagination. I particularly like Directors like Ridley Scott and Paul Greengrass, and I’m looking forward to Christopher Nolan’s new science fiction film “Interstellar” which is due out later in 2014.

I have a favourite character called Sitram Ballus that I have taken from my book ‘The Rule of Lorques’ and I think a particular scene will show just how great he is!

The setting is the capital city on the hero’s home planet ‘Hala’. The particular scene is when Jonas, the diffident hero, finally finds himself all alone in the middle of an invasion of Hala and he’s starting to give up. His family have been taken, he’s lost and alone, and creatures are falling from the skies snatching people from their homes.

Then from down the street, in between the flickering streetlights, Jonas makes out someone sprinting towards him. They’re running really hard and being chased by the creatures that are falling out of the sky. The man, Sitram Ballus, is wild looking with tatty clothes; big, wild hair; and he’s looking really grubby! Ha! But besides appearances, he’s inexplicably dexterous and, almost casually, dodging every one of those hundreds of creatures as though he is just swatting away a fly.  They are coming down on him from every direction and he’s fighting and jumping and rolling and shooting and all the while he’s shouting at Jonas ”Rrruuuuunnnn!!”. It’s a great scene (I just love it!) and it demonstrates how cool and courageous Sitram is.  Of course, does he make it?...read the book!

There’s lots of advice out there, but there are a couple of pieces of advice that I think would have been useful to me in the early stages, so I will share those.

Firstly, and obviously, find out if you can write! Put your work into competitions, have your family and friends read it, and, if possible, get people who don’t know you from Adam to read it and get their opinion. A career as an author takes a lot of self-belief and you need to know whether you have what it takes in order to survive. That’s not to say you won’t make it if you don’t. Due to the very nature of self-publishing, there are many books out there that are written badly, some of which, surprisingly, do quite well! However, I don’t believe they will have longevity which you will need to have for a career as an author.

My second piece of advice would be just to set your expectations. If you are not fortunate enough to get a publisher, then you will have to self-publish. This is where many authors fail. Writing and publishing are two very distinct arts which are so different and yet so dependent upon each other. Once you’re book is written and, like me, you feel that at last you’ve done it – don’t be fooled! - all you’ve done is produce your product. The publishing part is how you take that product to market. Marketing and sales are a different skill and, of course, can be costly. I was fortunate in that I did my original studies in Business and worked in a number of different markets before I began to write. I found that experience invaluable. So, any business experience in these areas will greatly improve your chances of becoming a successful author.

I like to write at home with my family. No, I don’t mean surrounded by screaming children! I mean at home, locked away in the peace and quiet but knowing that the family members are just outside the door should I want to go and see them. Also, I must have access to music. It doesn’t matter where I am as long as I have music to write to.  Let’s say you’re writing a scene in a book. You're in the zone and it's flowing like rapids before a waterfall. Your thoughts, your emotions, even your soul is pouring out onto the pages and you feel magnificent. I then add into the mix some music appropriate for the scene, maybe a soppy love song or a hardcore rap, whatever it takes to fuel the scene. And 'wow' does it work! Before I know it my fingers are blurring across the keyboard and they can hardly keep up with the words that I am generating. It’s a marvelous feeling and by the end I'm floating on the ceiling and it takes me all day to come back down!

I would like to tell you a little about me. I was one of those children that spent their days staring out the window in class and, as an adult, I'm no less of a dreamer! I love animals and nature, the human mind, and justice and the Law and each of these heavily influenced the content of my novel – ‘The Rule of Lorques’.  I live on the Isle of Wight, England's best-kept secret, where I work in the Financial Services Industry. It's very much a thinking and writing role and, like all such jobs, when I'm not working, I like to escape. I do this by writing creatively. This is something that I have done since I was very young and I will continue to do for the rest of my life. It’s my passion.  Remember if you find something you love…don’t ever let it go! 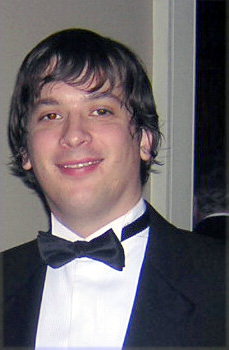