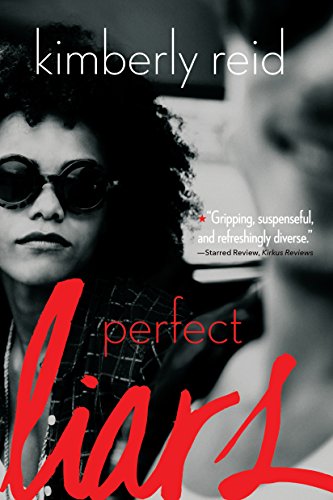 Perfect Liars
Kimberly Reid
Andrea Faraday is junior class valedictorian at the exclusive Woodruff School, where she was voted Most Likely to Do Everything Right. But looks can be deceiving. When her parents disappear, her life and her Perfect Girl charade begins to crumble, and her scheme to put things right just takes the situation from bad to so much worse. Pretty soon she's struck up the world s least likely friendship with the juvenile delinquents at Justice Academy, the last exit on the road to jail and the first stop on the way out.If she were telling it straight, friendship might not be the right word to describe their alliance, since Drea and her new associates could not be more different. She s rich and privileged; they re broke and, well, criminal. But Drea s got a secret: she has more in common with the juvie kids than they d ever suspect. When it turns out they share a common enemy, Drea suggests they join forces to set things right. Sometimes, to save the day, a good girl s gotta be bad."
1 Vote

The book Perfect Liars by Kimberly Reid is about a rich, popular girl named Drea, who seems to do everything perfect and right. She soon finds herself in a place where she starts to fall apart after she figures out that her parents are con-artists. When this occurs, Drea takes a bad turn and starts doing naughty things, such as breaking and entering, and making friends with the wrong people. Her brother, who happens to be a police officer, makes her tutor classes at the juvenile delinquent center. She soon finds herself drawn to Xavier, a boy in her juvie class.