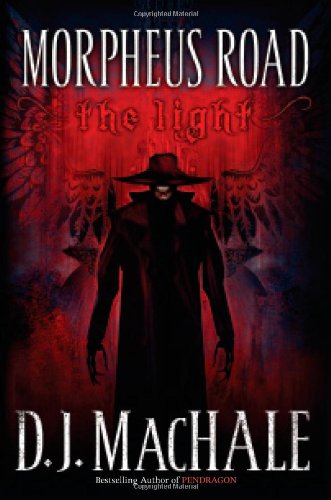 Morpheus Road: The Light
D.J. MacHale
Marshall Seaver is being haunted. In the first installment of this chillingly compelling trilogy, sixteen-year-old Marshall discovers that something beyond our world is after him. The eerie clues pile up quickly, and when people start dying, it's clear whatever this is--it's huge. Marshall has no idea what's happening to him, but he's soon convinced that it has something to do with his best friend Cooper, who's been missing for over a week. Together with Coop's sister, Marsh searches for the truth about what happened to his friend, ultimately uncovering something bigger than he could ever have imagined.
1 Vote

Marshall is ready for this school year to end and his summer to finally begin. Everything is planned out for him and his best friend Cooper. Marshall's summer plans are ruined though when Cooper has to spend the summer with his parents at their summer house. That is when the haunting began. Being alone in the house with his father away, Marshall starts to hear the noises. After the noises, he starts to see things that are unexplainable. Realizing he is being hunted and haunted makes him decide that something has to be done.