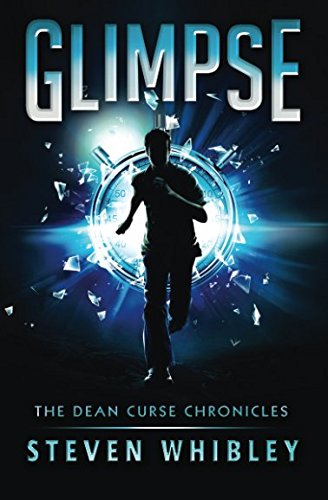 Glimpse (The Dean Curse Chronicles)
Steven B Whibley
"Save them, Dean. Save them all...." Dean Curse avoids attention the way his best friend Colin avoids common sense. Which is why he isn't happy about being Abbotsford's latest local hero - having saved the life of a stranger, he is now front page news. Dean's reason for avoiding the limelight? Ever since his heroic act, he's been having terrifying visions of people dying and they're freaking him out so badly his psychologist father just might have him committed. Dean wants nothing more than to lay low and let life get back to normal. But when Dean's visions start to come true, and people really start dying, he has to race against the clock - literally - to figure out what's happening. Is this power of premonition a curse? Or is Dean gifted with the ability to save people from horrible fates? The answer will be the difference between life and death. Get your copy to day and experience this edge-of-your-seat adventure series that's perfect for fans of Rick Riordan's Percy Jackson series, the Ranger's Apprentice, and Eoin Colfer's Artemis Fowl series. More by Steven WhibleyThe Cambridge Files: Book 1: DisruptionBook 2: Abduction (pre-order coming soon) The Dean Curse Chronicles: Book 1: GlimpseBook 2: RelicBook 3: Impact6th Grade Revengers: Book 1: Cat Crimes and WannabesBook 2: The Substitute CriminalBook 3: A Game of ThornsBook 4: Cinephiles and Hamster HuntersBook 5: Super TrooperBook 6: Secrets and Spies (Coming soon)
1 Vote

One day, when Dean Curse was late for school, he walked down a dark alley. As he walked down his school shortcut, he saw a man getting jumped on by what looked to be robbers. He bravely pulls out his wallet and acts as if it is a cell phone, though it really doesn’t look like one at all. Then he yells to the men that he is calling the cops. The dying man grips Dean's wrist, coughs up blood on his t-shirt, and whispers one word- Glimpse. From then on, some very odd things start happening to Dean and the people around him.