Of Giants and Ice: The Ever Afters 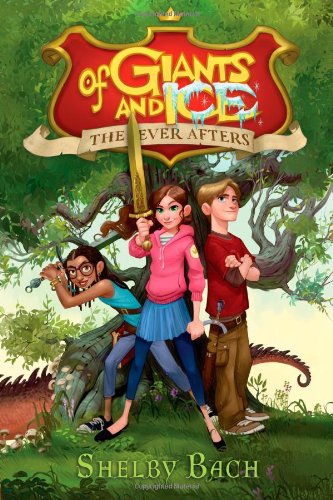 Of Giants and Ice: The Ever Afters
Shelby Bach
When Rory realizes fairy tales are the real deal at Ever After School, she embarks on a classic quest to fulfill her destiny.Rory Landon has spent her whole life being known as the daughter of a famous movie star mom and director dad. So when she begins a new after-school program and no one knows who her family is, Rory realizes something is different. And after she ends up fighting a fire-breathing dragon on her first day, she realizes the situation is more unusual than she could have imagined. It turns out the only fame that matters at Ever After School is the kind of fame earned from stories Rory thought were fictional. But as Rory soon learns, fairy tales are very real—and she is destined to star in one of her own.     This first installment of The Ever Afters series reimagines classic fairy tale characters in a modern context, merging familiar fantasy with the everyday realities of middle-grade existence.
1 Vote

Tweet
Of Giants and Ice: The Ever Afters review by avolzer

When Rory passes people in the hallways, she can hear them whispering. She knows they are talking about her famous parents. No one cares about her as her own person. Rory is ready for her own identity! She gets this opportunity when she joins an after-school program called Ever After School. It is a school to train kids to be Characters in fairy tales. Rory is thrilled, but it is not all fun and easy. She has to deal with bullies, heavy swords, mean teachers, and even a real live dragon! The final test comes when she accompanies her new friend Lena on her tale.