Elise The Actress: Climax Of The Civil War 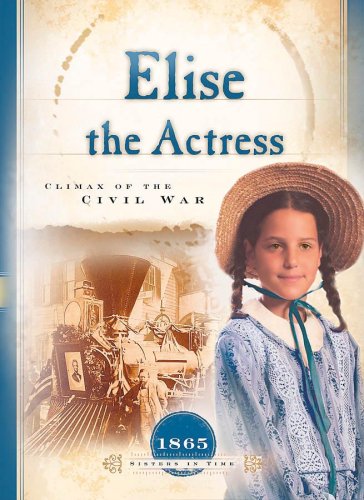 Elise The Actress: Climax Of The Civil War
Norma Jean Lutz
Time Period:  Jan. 1864 - April 1865  With the nation convulsed by civil war, Elise Brannon wants people to look past the depressing news that arrives daily from the battlefields: Through her love of acting, she'll make them laugh and forget-at least for awhile. But even her optimism is challenged when a family friend dies from battle wounds. . .she's captured by a band of deserters. . .and President Lincoln is assassinated. Elise the Actress uses actual historical events to tell the poignant fictional story of a ten-year-old girl growing up in very trying times. It's an excellent tool for teaching both history and the Christian faith!
1 Vote

Tweet
Elise The Actress: Climax Of The Civil War review by PSmit

Ten-year-old Elise is trying to take people's minds off the hardships of the Civil War. She puts on skits and writes funny poems and clever riddles for her family, friends, and neighbors. One day while shopping for her family, Elise runs into a man who is labeled a traitor. Milton Finney is hated and mistreated by his neighbors because his son went to fight for the South. But tender-hearted Elise feels sorry for Mr. Finney and begins to leave riddles for him. She could never suspect that reaching out to him in kindness would one day save his life!