Element 238 - The Search for Truth - Episode One 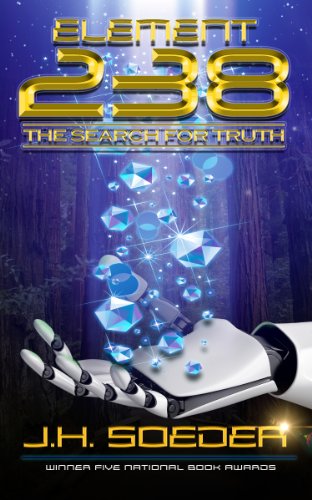 Element 238 - The Search for Truth - Episode One
Jon Soeder
It’s 2382 - three hundred and fifty years into Earth’s future. Ninety-eight per cent of the Earth’s population and animal life has been carelessly eliminated by a genetically engineered virus released by Mensam – a small group of hidden, ruthless, and sinister military dictators living deep underground, while mankind and all it’s history has been erased.Unbeknownst to the ever -watchful eyes of Mensam, two scientists, Dr. Thomas Harding and Dr. Robert Harris, secretly have worked on a world-changing secret project – project that will change the future and affect their lives forever. What is the discovery that will change their lives – and everyone on planet Earth? Will Thomas Harding fall to his death while seeking answers to Earth’s erased path?
1 Vote

In a dystopia where the basic cultural structure of families and the world have been all but deleted, scientist Thomas Harding struggles to undermine Mensam, the twisted government that started it all.