The Door in the Forest 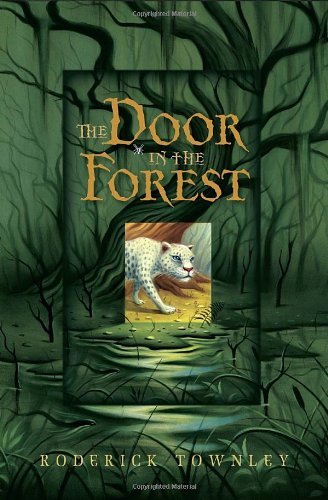 The Door in the Forest
Roderick Townley
At the mid point of three towns, in the center of three streams, in the heart of a forest, lies a mysterious island. Encircled by quicksand and sewn shut by vines, it is impenetrable to all but the poisonous snakes patrolling its waters. But Daniel is determined to get there, along with his friend Emily.Emily is a bit mysterious herself. A girl who seems to know more than she can say, whose mother was taken away by government troops, and whose eccentric grandmother reads the future in her bubble bath.Enter the soldiers. Their menacing commander is terribly interested in sleepy little Everwood. Is he searching for something? A treasure map? The island? The girl? Roderick Townley spins a magical tale of lies and truths, of secrets kept and secrets revealed. Sooner or later, we all must step through the door in the forest.
1 Vote

Tweet
The Door in the Forest review by SJel0511

The Door in the Forest, written by Roderick Townley, is about a group of three kids that have the adventure of a lifetime in the small town of Everwood. Daniel, Emily and Wesley are determined to find their way across to an island surrounded by poisonous snakes, quicksand and vines. Next to finding a way to the island, they also have to deal with the random appearance of an army lead by a fierce leader. This small little town houses many secrets. Is that possibly what the Captain is after?