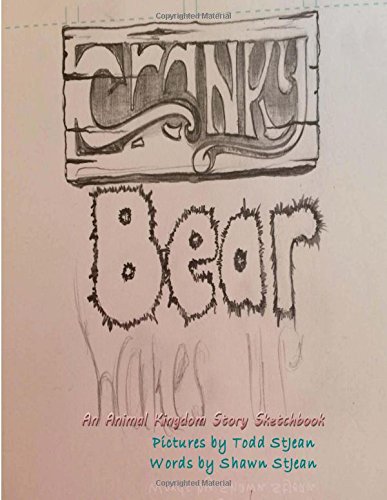 Cranky Bear Wakes Up
Shawn StJean
Inspired by works as ancient as Plato’s Allegory of the Cave, and as new as The Wachowski’s The Matrix, this story-sketchbook by the Brothers StJean tracks the misadventures of a bleary eyed and hungry Bear, following his winter hibernation. Initially selfish and indifferent to the troubles of the forest creatures around him, such as Fish, Robin, and Bee, he gradually learns that we are all part of one great, interconnected ecosystem. But, in the process, he has to shed his crankiness, and WAKE UP!
1 Vote

In this book, we meet a cranky bear who is just waking up from his hibernation. He meets many forest animals. The animals are a fish, a bumblebee, a bird, and a snail. The bear is going to eat the animals, but they share details of their lives with him so the bear loses his appetite. The fish talks about eating worms, the bird talks about feeding her babies, the bumblebee talks about how hard he works without recognition. The bear realizes the importance of the work these animals do, so he leaves them alone to go find his food elsewhere.