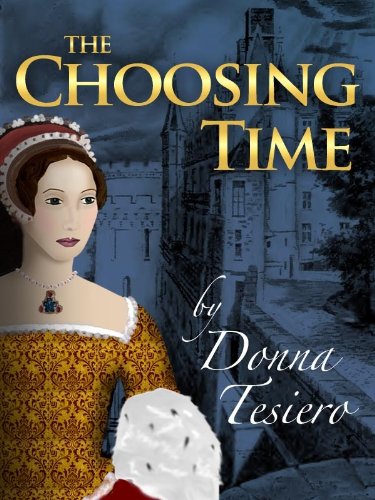 The Choosing Time
Donna Tesiero
"The Choosing Time", an historical novel for teens, takes place in 16th century France. It is a time when kings rule Europe and fight wars for land and glory. It is also a time of great change. The age of knights and chivalry is coming to an end. On the battlefield, knights now face men bearing primitive firearms, as well as other knights.Just as the computer has changed modern society by making the exchange of ideas easier, the printing press is having an equally radical effect on Europe in the time of our story. As more books become available, new ideas circulate, and a growing number of people begin to question established thinking on many subjects, including religion and science.In the midst of these changes, in the fall of 1533, Gisele de Bonnerot looks forward to an exciting year at the court of King Francis I, where she will serve as a maid of honor to Catherine de Medici, bride of the king's son. Jean d'Estienne, a young nobleman and war veteran, sees before him a distinguished career at court, if he will once again lead a company of soldiers to King Francis' war of conquest in Italy. As winds of change sweep France, soon Gisele and Jean's ideas about the future are shaken, and each of them faces choices they never knew existed.
1 Vote

The Choosing Time by Donna Tesiero is about Gisele de Bonnerot, a teenage girl living in 16th century France. She meets a nobleman, Jean d’Estienne, while serving as a maid of honor to the bride of the king’s son. They quickly fall in love, but things are different in this time period. Giselle’s father decides who Giselle will marry, which usually includes keeping his best interest in mind, not hers. Giselle fears her father will appoint her to marry Arneau, a mean, older man. Giselle and Jean resolve they will end up together, no matter what it takes.