The Brewster Boys and the Red Revenge 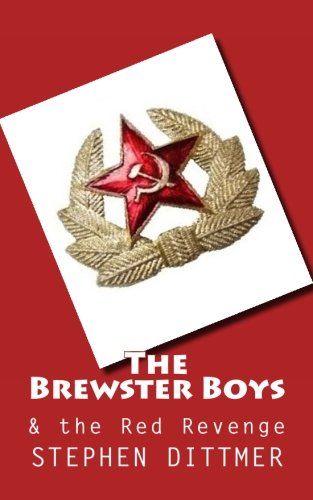 The Brewster Boys and the Red Revenge
Stephen Dittmer
A week has passed since Jon, Pete, and Abby returned home from the attack on Pearl Harbor. Now all they want is to relax and enjoy the remainder of their summer. However, they soon realize that their time-travel adventure has just begun. After noticing minor changes in their neighborhood’s landscape, and receiving a cryptic phone message from an unknown source, the Brewster boys and Abby realize that something is missing from America - the states! The Mississippi River now divides the United States and the North American territory of the Soviet Union! Feeling responsible for these radical changes the Brewster boys and Abby have no other choice but to travel back and set things right. On their journey they’ll discover significant changes in the events of the Manhattan project, the Cuban Missile Crisis and the assassination of J.F.K. They will even visit Nikita Khrushchev’s Moscow!
3 Votes

Tweet
The Brewster Boys and the Red Revenge review by NathanPechacek10

There are three main characters in this book: Jon, Pete, and Abby.  You are seeing the story through Jon’s eyes as he narrates the events happening.  Jon, Pete, and Abby are teenagers who have previously obtained use of a time travel machine, a freeze ray, and many other gadgets.  When they traveled back to the 40’s in the first book, they accidentally altered the course of American history.  Their mission is to get time back on track.  There are also many other important characters in the book such as Chuck, Vasily, Valentina, Olaf, and Yuri.&

What's this?
The Brewster Boys and the Red Revenge review by sisto8

This book is the second book in a series of adventure.  After returning from their time travels, three cousins think everything is going to turn out okay and go back to normal.  But after being home a week, they found out that they each noticed several small changes in their lives.  When the Fourth of July came at the end of the week, they noticed the biggest change yet.  Many of the stars were missing on the USA flag.  The same day, they get a call from someone who they think they don’t know.  When they meet up with him, they find out who he is, learn ab

What's this?
The Brewster Boys and the Red Revenge review by Anjel

Pete, Abby and Jon have just returned from Pearl Harbor hoping to end their summer by lazing about, but luck isn’t on their side.

It’s been a week since the teens' last adventure, and they’re starting to notice small differences in their lives. From a cryptic phone call to less than 50 stars on the American Flag, the friends discover that the Mississippi River now separates the U.S. and the Soviet Union!