Blood of the Revenant 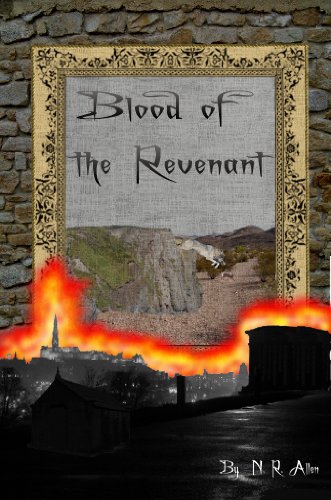 Blood of the Revenant
N.R. Allen
Something strange is happening in Returning City, something dangerous. Gabriel has never questioned things before. He knows that because he is a revenant like everyone else, he has to fight the not-family and hurt them to keep his own family safe. He has never questioned that the sky is always dark or that hungry things watch him from the forest.But in Returning City, everyone has secrets.Gabriel grew up believing that he was the same as everyone else. But now, things are changing. He begins to see strange, monstrous creatures instead of the people he has always known. Struggling to protect his family, Gabriel must turn to a mysterious stranger, but is she only helping him for her own dark purposes?In order to survive, Gabriel has to become more than he has ever been, and he will have to go against all he has ever known. Soon Gabriel will realize that something dangerous waits for him—his past—and that past holds a secret deadlier than anything he could ever imagine.
1 Vote

Gabriel has lived his life in the Returning City, and has never questioned it. He has just been grateful that he lives in a nice house, has a strong family, and is alive. Though aYounger, he fights in the ring to help him and his Revenant family prosper. Even when injured, Revenants heal from the magic in the City. But then, when he is forced to fight his brother Baital, Gabriel's world starts to head for a downward spiral. His own family now thirsts for his blood. What can he do? Where can he go? And what happens when he learns the only one who can save him is his archenemy?