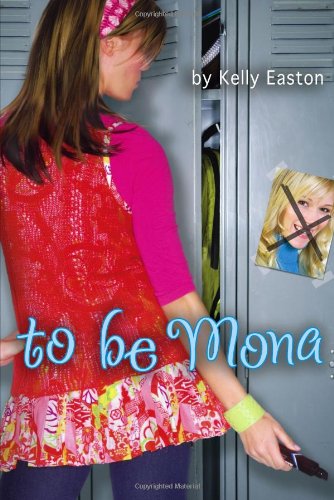 To Be Mona
Kelly Easton
Sage Priestly is seventeen, and she longs to reinvent herself -- to strip away the fat, the past, the crazy mom, the unpaid bills. She longs to be her own version of the gorgeous and popular Mona Simms. Sage starts dieting and exercising. She gets blond highlights and throws away all of her black clothes. Bit by bit she transforms herself. This is deeply troubling to her best friend, Vern, who is secretly in love with Sage just the way she is. But the boyfriend Sage wants -- the popular jock Roger -- suddenly notices her. And when they start dating, Sage thinks her life is turning around. So why isn't Sage happier? Yes, Roger is a little too controlling and pushy, but isn't that what boys are like when you date them? What is it about the image Sage has created that just doesn't fit? Smart, honest, and tough, Sage is a teen with more going for her than she thinks, but she still has a lot to learn.
1 Vote

Sage is senior in high school, and she knows who she is, well she thought she did, until she started trying to be something she is not. Slowly Sage starts to change herself, she looses weight, and she even changes what she wears. Roger the guy that Sage secretly has a crush on finally starts to notice her. Sage and Roger began to date, and Roger starts to be more controlling than Sage had expected, he even had an effect on the people that she is friends with.