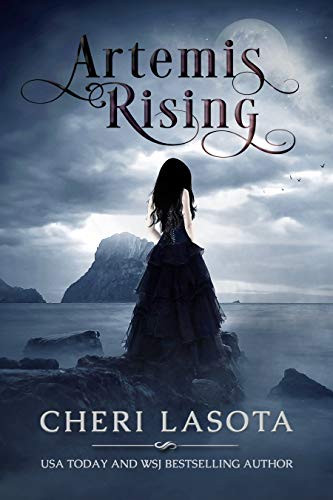 Artemis Rising
Cheri Lasota
Award-winning Historical Fantasy! A compelling tale weaving myth, history, and romance as a shipwrecked young woman discovers her destiny...Rejected by her father and yet determined to be her mother’s daughter, Eva takes on the tragic destiny of her namesake: the mythological Arethusa.Shipwrecked on foreign shores, Eva finds herself torn between the dark and dangerous shipowner's son and the kind-hearted orphan boy who rescues her.Faced with an impossible choice, Eva must heed the troubling warnings of her goddess-touched visions before her fated destiny destroys them all.Set against the lush backdrop of 1890s Azores Islands, this Historical Fantasy Romance won First Place in the Chanticleer Cygnus Awards and was a finalist in the Next Generation Indie Book Awards.**** "Wish I could give it 10 stars. Love it. The story grabs you and puts you in such suspense and over the edge until the end." - Lunanima"Left me breathless and spellbound. I wanted to live inside its pages." - Karen Hooper, Author of Tangled Tides
1 Vote

The book Artemis Rising is centered around a young pagan girl. The story
takes place between 1600 and 1800 AD. Then most people were Catholic and
those who weren't were considered wrong and a disgrace, never to be
associated with. In the new land, Arethusa and her mother were suspected
pagans who believed in the Greek god Artemis. Arethusa's father was Catholic
and constantly beat up on his wife. When he discovered proof of their beliefs,
he decided to take his wife and Arethusa back to their homeland. On the way