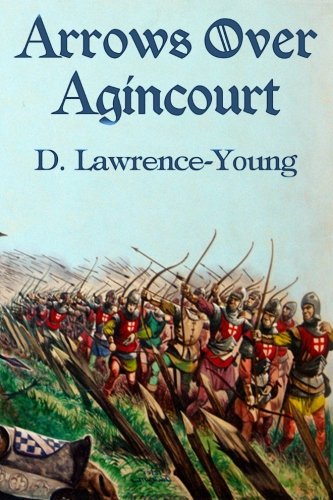 “Then call we this, the field of Agincourt.” (Shakespeare: “Henry V”) 1415, Davey and Tom, two eighteen- year old lads looking for excitement, join Henry V’s army despite their parents’ and girlfriends’ wishes. The king is determined to regain his lost lands in France, and the two lads, now archers in his army, set sail for France hoping for adventures and the spoils of war. Their hopes of a quick and glorious victory are shattered during the prolonged siege at Harfleur where they witness the deaths of thousands of their fellow soldiers and some of their friends. Eventually, the king’s forces prevail, but now this small and sickly army must march many miles to meet the over-confident French army at Agincourt. Will the dispirited English army have any chance this time? Will our heroes return to England rich and unharmed to marry their sweethearts? Based on much historical research, this novel gives the reader a new and distinctive insight into what it was like to be a medieval soldier at one of England’s finest military events.
2 Votes

Arrows Over Agincourt takes place in the early 1400s starting in England, though the majority of the book takes place in France. King Henry V leads his army across the English Channel to reclaim his land in France.

This historical fiction is depicted through the eyes of a young man who lives in a small village not far outside of London. He and his friend desire the spoils of war so they can return to their village and marry their sweethearts.

What's this?
Arrows Over Agincourt review by LouisXIV

Two adventurous young men, motivated by the spoils of war and affection for their sweethearts back home, sign up with the English army as archers. The King seeks to "reclaim" lands that he believes are rightfully his and invades France. After initial success, the army hits many pitfalls, and it soon becomes clear that all roads- both story-wise and historical- lead to one fateful place: the fields of Agincourt.