Gregory Fletcher is a Texas native, a New York City resident, a graduate with various theater degrees from California State University at Northridge, Columbia University, and Boston University. His short play Stairway to Heaven has been performed across the US and was awarded the National Ten-Minute Play Award from the Kennedy Center American College Theater Festival. Other plays have had twelve productions Off-Off Broadway. Check out his craft book Shorts and Briefs (a collection of short plays and brief principles of playwriting). Other publishing includes four essays and two short stories.

Joining LitPick for Six Minutes with an Author is Gregory Fletcher, author of Other People’s Crazy, which has received the LitPick Top Choice Book Review Award.

One reviewer said, “Gregory Fletcher wrote a heartwarming story with many life lessons to be learned. In this book, the reader is taught the value of family and friendship. Most importantly, the reader learns that people are very complex creatures, and you shouldn't judge a book by its cover.”

Another reviewer said, “This was a fantastic book and will become a permanent staple of my bookshelf.”

Be sure to add it to your bookshelf: https://amzn.to/2KFKeZQ

My parents were New Yorkers but didn’t want to raise a family there, so they moved to Dallas, Texas, where I was born and raised. They brought their theater-going habits from New York to Dallas, and I was happily raised going to the theater throughout my childhood. I even studied children’s theater at the Dallas Theatre Center. I started imitating what I experienced in the theater and writing plays of my own. My amazing drama teacher in high school, Brenda Prothro, encouraged me by producing one of my plays in my senior year. I’ve been writing ever since.

My great aunt and uncle, Matilde and Theodore Ferro, were writers for a long running radio serial back in the 1930’s and 40’s. It was called “Lorenzo Jones and His Wife Belle.” They also wrote for live television and, later, taped television, as well as novels and plays. When I was ten years old, I met them and instantly connected. They gave me a copy of a script they had written from the TV show Leave It To Beaver. When I arrived home, I discovered it was missing the last page. I ended up writing how I thought it ended and when I mailed it to them, they telephoned and exclaimed, “You’re a writer.” Throughout my childhood, we read each other’s work, and they treated me like a peer. I remained close to them for the rest of their lives, and I’m so indebted for all they taught me.

I like stories that have heart and white light. I also enjoy comedy that comes out of action vs. jokes. It’s all about character and journey for me. And by the time I get to the end of the book, I want to experience and feel much of what the protagonist experienced.

I work hard as a stage manager to pay the bills, so I tend to write between jobs and on off-days. So I can write anywhere. But I prefer to write at the beach, away from distractions. Living in New York City, (yes, I brought the family roots back to NYC), there are many distractions there, so I tend to turn my vacations into writing retreats.

I’ve also written a craft book called Shorts and Briefs, which consists of my nine short plays and brief principles I consider when writing. The principles apply to much of creative writing, not just playwriting. Please check it out.

Gregory, thanks for joining LitPick. It has been great getting to know you. What an incredible influence your great aunt and uncle had on your writing career! We can’t wait to hear about what you’re working on next. 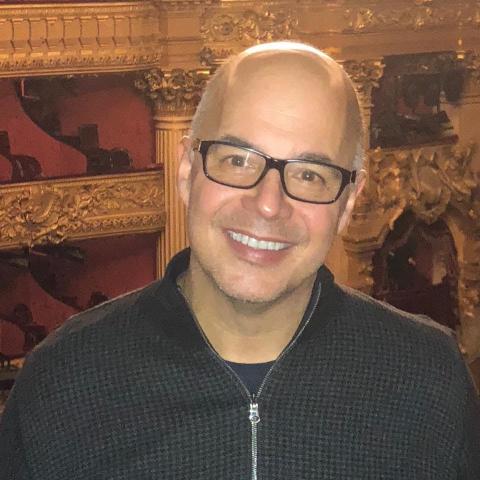