First as a site for STUDENTS and

NOW A SITE FOR ADULTS TOO! 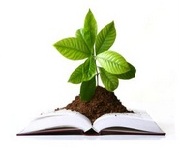 In 2002, when Seth Cassel was in fourth grade, he started Flamingnet.com with his dad, Gary Cassel. The site allowed them to combine Seth’s passion for reading and reviewing books he read with his dad’s web development hobby.  Flamingnet received a lot of national recognition and awards.

Hundreds of book reviews later, authors and publishers began to ask Seth to review their new titles. As the number of book review requests and visitors to the website grew exponentially, Seth and his dad realized they had hit upon a simple yet powerful idea – the most important opinions about literature come from readers...and readers want to read books reviewed by other everyday readers. This is particularly true for literature written for teens and young adults, but it also holds true for adult literature, too.

Seth and Gary also realized that their reading and review writing model of providing free reading books to people for review and then giving them feedback on their written book reviews was an innovative way to promote literacy and writing skills, making reading a fun and social experience. Thus, because of the positive feedback from reviewers, booksellers, parents, educators, authors, and publishers, they expanded their reading and reviewing program to include reviewers from around the world. Considering that they had only run the website as a part-time hobby and financed it primarily out-of-pocket, their initial website and concept was quite successful, with the potential to reach even more people if expanded…enter LitPick.

While attending Harvard, Flamingnet was rebranded as LitPick Book Reviews by Seth, some college friends, and Gary in 2011.  This rebranding and redesign was based upon Seth and Gary's years of working with Flamingnet. Initially just a website for kids, LitPick was soon expanded to include adults too.  Through an ever-increasing selection of free books sent to us by authors from all over the world, we now offer ADULTS and STUDENTS many new eBooks and print books which they can request for review.

The site's online interactive reading reading and writing program was also expanded in 2011 to encourage teachers and librarians to use LitPick for their book clubs and reading groups, besides recommending LitPick to individual adults and students who may also want to become LitPick book reviewers. Numerous other improvements were made to Seth and Gary's original Flamingnet concept which have continued to increased our online popularity.  LitPick's continued growth and success, both in the U.S. as well as internationally, helps reinforce our passion today for our site and for our mission to help make a difference in the world by promoting reading and writing as well as connecting authors with readers.