The Whole World Full of Stars review by AGuth 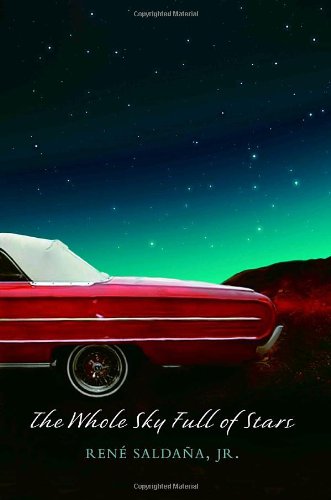 The Whole World Full of Stars
by Rene Saldana Jr.
Age Range - 12 and up
Genre - Fiction

The Whole Sky full of Stars is about two best friends that as seniors are going through adult issues that they have to face alone. One of the friends, a boy named Alby, owes a violent gang a lot of money. The other is trying to support his mother through hard times. Then Alby gets an idea. Enter a boxing competition! This book is about feeling sorrow, anger, happiness and mostly trust.

I thought this book had a lot of potential. I thought all of the ideas were very good. I thought a lot of the side characters like all of the parents and the guy doing the wrestling competition were very deeply written. I just did not like Alby. I thought he was unsympathetic and mean. Until the end he doesn't really care about anybody else. I did really like Barry's character. The idea of a strongly religious young boxer whose dad is dead is already complex. Add in every thing else and it's almost overly complex. But it never gets hard to understand what's going on.


Read more reviews by this Litpick Book Reviewer: AGuth
Recommend this book and review to your friends on Facebook