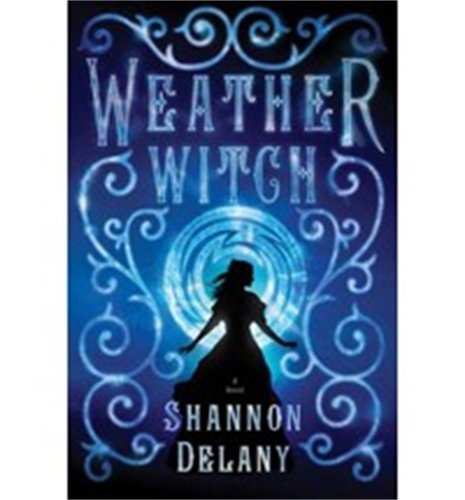 It's Jordan Astraea's Seventeenth birthday. All her life she has done what she can to climb the social ladder. Most of all, she has avoided the witches. Having witch blood would ruin your status, reputation and life. So when she is accused of being a witch at her birthday party, Jordan is led away in chains.

Jordan was Rowan's best friend. So when she was accused of being a witch Rowan was horrified. Deciding to rescue her and running from the law, Rowan hits the road with his friend Jonathan.

Bran has been the Maker for a long time. He has always relished torturing the weather witches until they would admit to having powers. Once they are Made, Bran either uses them to power his storm cells, or he sells them. When Meghan, his daughter, shows up Bran is forced to rethink his priorities.

When I started Weather Witch I had trouble following the plot. The character view changed so often, I couldn't figure out who to vote for and it was very confusing. After reading it for a while, I kind of 'fell into' the plot. It all clicked together and I realized that the multiple points of view taught me a great moral. Jordan hates Bran for trying to make her, and I would have too if I didn't know the truth about him since I had been in his mind. Rowan was snotty, and seemed that way to everyone including me, but in his own head he was perfectly fine. All these different viewpoints gave Weather Witch a unique edge. Once the plot came into focus I really enjoyed the book. One thing I didn't like was that everyone except me knew what the witches were and could do. When everyone else seemed to know what was happening, I didn't and that was annoying.  Even though there were some problems, I really liked the book. Weather Witch is creative and fresh.

There were a few sexual references and some bad language.
KEYWORDS