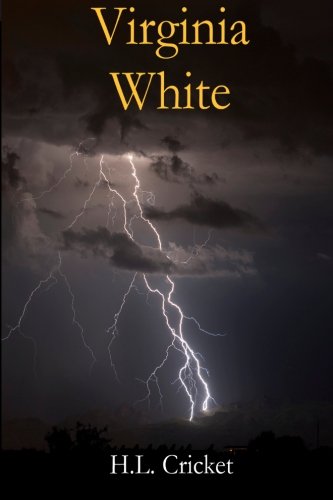 Virginia White leads a normal life; she helps her mother with chores, she runs around after her older brother, and she is very much so alive. But when a game of capture-the-flag during a violent storm goes desperately wrong, Virginia's world is tipped upside down. Waking up in an unfamiliar setting with a man who insists that she should be dead, Virginia will have to decide for herself who she can trust and when to run. With a group of fanatics chasing after her, an old man who claims she is supposed to replace her dead daughter, and mysterious warning from a young girl, where will Virginia turn? Why is Virginia alive? Or is she even that?

While the book was intriguing in the concept, the execution was somewhat lacking. The story dragged on, and while mysterious, was not particularly engaging. I was not emotionally attached to any of the characters, and Virginia seemed rather flat and two dimmensional. I think the story would have moved along better if it had been shortened a bit; as it was, it was rather tedious to read. I liked the idea of the story, but it became monotonous and tiring after a while, especially as nothing ever seemed to actually happen. Altogether, it was an interesting idea, but needed some work.

Read more reviews by Litpick Student Book Reviewer: awalker10
Recommend this book and review to your friends on Facebook