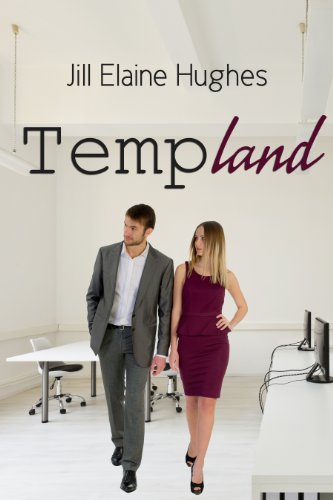 Melanie thought that she was headed for success after completing graduate school, but her dreams of steady employment were dashed in the post 9/11 economy. Now 28 years old, she works as a temp in Chicago- when she can even find a temp position. Her bills go unpaid, her utilities are being shut off, and her crazy ex-boyfriend just won't leave her alone.

Desperate for employment, Melanie finally gets a temp position with Marquette Bank, which hires her to investigate the deaths of two employees. As the mystery surrounding the deaths deepens, Melanie must decide to what lengths she is willing to go in order to secure an income.

I felt that Templand was a good book, especially due to its relevant themes. Templand embodied the horror with which young people eye the job market today, as well as their persistant hope for a great job that will enable them to change the world. With unemployment still an issue around the globe, many young adults are anxious about their future, and this idea was clearly present in Templand.

The style of Templand contributed to making a serious topic more enjoyable to read about. Humorous temp jobs from Melanie's past are mixed in with her narration of the present, which provides comic relief and makes the book lighthearted rather than depressing. The crazy blood-bank manager and her endless professional failings balances out Melanie's awful stint in the asbestos-filled Annex.

Some characters were developed better than others, but on the whole they were likeable and relatable. Melanie's relationship with her grandparents, especially her grandfather, is described well and contributes to the reader's understanding not only of Melanie's past, but also of her work ethic and goals for herself.

One thing I didn't like about Templand was the lack of dialogue. Most descriptions were narrated through Melanie's eyes, in a journal-type format. However, dialogue was used in these journal entries. I would have liked to see more of that, to break up some of Melanie's thoughts.

Overall, Templand was a good book that I would recommend to teens and young adults who enjoy chick-lit. It is a great book option for a day at the beach or lazy weekend.

Read more reviews by this Litpick Book Reviewer: VBat
Recommend this book and review to your friends on Facebook