Rules To Rock By review by EVivi 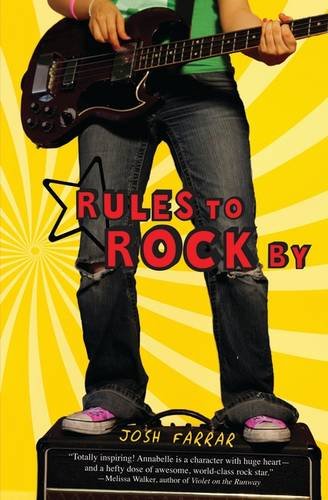 Rules to Rock By was about a girl named Annabelle Cabrera, who's parents moved her and her brother from Brooklyn to Long Island. Annabelle belonged to a band called Egg Mountain. Egg Mountain had a lot of Annabelle's friends in it, like Fast Eddie or Ronaldo. It was up to Annabelle to make her own band in Long Island. It took her awhile, but Annabelle eventually got her own band. Annabelle played the bass guitar, Crackers sang and played keyboard, Jonny on guitar and Darren on drums. They had an open mic at their school and everyone named them The Bungles! Later in the year, there was a Battle of the Bands contest run by Don, the owner of the rock store a.k.a The Church of Rock.

I really liked Rules to Rock By. It was a nice book and anyone who wants to start a band could use Ronaldo's Rules to Rock By. I liked Annabelle in the book, because I think Annabelle and I are kind of alike in a few ways, like: she and I both like music, we dress kind of the same: we both wear Chuck Taylor Converses, and we both like playing guitar bass or not. Rules to Rock By really ROCKED!


Read more reviews by this Litpick Book Reviewer: EVivi
Recommend this book and review to your friends on Facebook