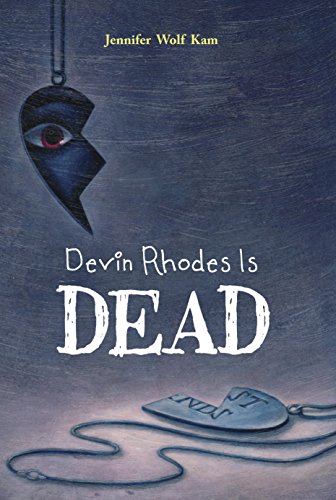 Devin Rhodes is dead…sort of. Ever since the burial of Cass’ best friend, the beautiful and boy-crazy Devin Rhodes, Cass has had the feeling of being haunted. From the slight chill in the air to the touch of hands wrapping around her neck, Cass knows that Devin is back… and she wants something.

Before Devin was found at the bottom of Woodacre Ravine, Devin had betrayed Cass. As the book slowly reveals what happened in their final moments together, Cass is portrayed as a troubled and guilty 15- year old, who may know more about what happened that night than she gives on.

This book by Jennifer Wolf Kam follows Cass as she digs through her memories to solve the mysteries surrounding her best friend’s death.

This book was a fast and enjoyable read. The tone of the book- haunting and intriguing- fit the conflict of the story perfectly. The constant switch from before and after the death was interesting, but at times became a bit annoying because I often got confused about which was present and which was past. I thought the characters were developed nicely, and it was easy to connect to Cass. Overall, this book was a very interesting and fast paced and I would recommend to anybody age 10 and up.

Deals with the theme of death.
KEYWORDS

Read more reviews by Litpick Student Book Reviewer: swalia
Recommend this book and review to your friends on Facebook