From Destitute to Plenitude review by flash2099 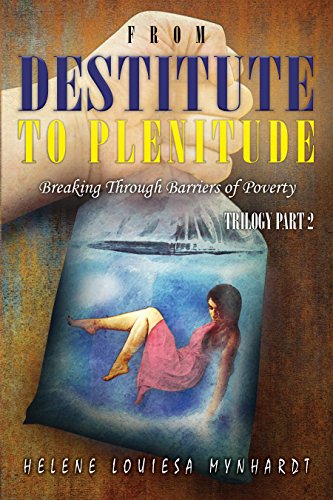 The author, Louiesa, tells the story of starting a company and a family, and raising both in the tumultuous South African environment. She faced numerous challenges, both with her in-laws and her business partners treating her unfairly, yet she still managed to keep her head high and remain true to her beliefs. When changing laws and unfair business practices favored larger companies over hers, she fought back, working for her company, Sterling Debt Recoveries, to have a seat at the table. But before Louiesa talks about her own life, she gives an overview of South Africa and the racial issues there that hold back so many of its citizens. Throughout the book, she explains why South African citizens struggle with debt and the shady business practices that force its poorer citizens deeper and deeper into debt.

Louiesa’s story was inspiring, but I felt that many of the decisions she made weren’t fully explained; they were simply stated and then the story continued. I would’ve liked a more in-depth look into Louiesa’s head to understand what factors in her life truly influenced her many decisions. The sentences were choppy and very to the point, as if they were simply stating facts rather than telling a story.

This book jumped through time, so it was hard to get the order of events straight in my head. While I did learn about South African debt laws and racial classifications, not all of the banking and legal terms used in the book were fully explained, and some of the terms weren’t explained until near the end of the book, after being used throughout the rest of the memoir.

I would recommend this book to anyone interested in South African racial laws and/or debt recovery practices.

While the book is likely too complicated for younger readers to understand, there is no sensitive content.
KEYWORDS