The Cloud Chamber review by KLaw 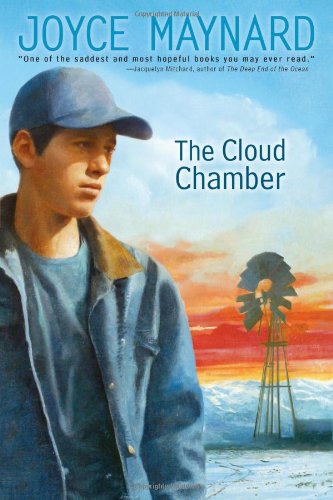 When Nate Chance arrived home from school, he new something was wrong. There were multiple police cars and an ambulance at his house. As he got off the bus, he saw his dad being supported by two police officers. Then he noticed the blood dripping down his fathers face. Nate soon discovers that his dad tried to commit suicide. Nate's father is alive, but unfortunately has no recollection of the event. The police are blaming Nate's mother, accusing her of attempted murder. No one in his family will talk about what happened, and they will not even allow Nate and his sister Junie to visit their father. Nate's mother pretends like her husband never existed and acts like nothing has happened. Nate begins to grow frustrated and upset, so he tries to take matters into his own hands, even committing crimes.

The Cloud Chamber by Joyce Maynard is an emotional drama depicting a family's tragedy, through a child's eyes. It is a heart wrenching account of a boy who is struggling to understand his family's reaction to his father's attempt at suicide. This well written book will likely bring you to tears. I enjoyed reading The Cloud Chamber because it demonstrated many good life lessons regarding honesty and morality. In addition, it gave you a perspective of how children really feel in difficult situations, showing a child's powerless position as well intentioned parents make horrible mistakes. Although this was an excellent book, I was extremely disappointed in the conclusion of the story.

The father in the story shot himself, so the book is slightly graphic and very depressing.
KEYWORDS


Read more reviews by Litpick Student Book Reviewer: KLaw
Recommend this book and review to your friends on Facebook