Calamity Jane: How the West Began review by YungRe... 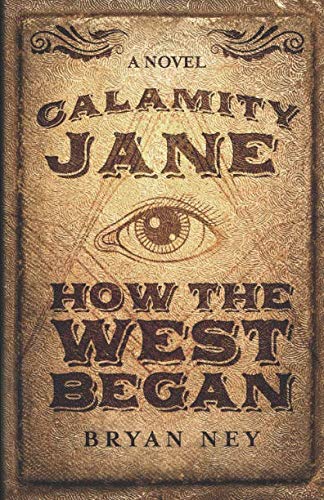 Bryan Ney’s young adult historical fiction debut, Calamity Jane: How the West Began, follows his eponymous 15-year-old protagonist on an engaging, perilous journey during the Gold Rush days of yore. The novel opens in Bannack, Montana, where the Canary family now lives in abject poverty after selling their farm in Missouri.

With an alcoholic gambler for a father and an occasional prostitute for a mother, Jane and her younger sister Lana struggle to find enough to eat. Venturing out to find their father and dinner one night, the two stumble into a Chinese saloon; its proprietor Madam Chi and her Mason partner Lo find the girls a meal with the wealthy Fergus family. Jane soon establishes a tenuous friendship with their son Andrew and his friends, the beautiful Dez and the ornery Kirkpatrick brothers.

One afternoon, while delivering a puppy to Doctor Glick, Jane is pulled into assisting with the surgery of an injured bandit—a bandit whose gang has been ambushing the town’s inhabitants. Jane soon puts them out of her mind, however, as she busies herself with learning how to deal Faro at Madam Chi’s saloon to supplement her family’s food supply. When murmurs of a new gold deposit in the hills reach Bannack, Jane and her best friend Lo set out to strike it rich. But with the bandits still lurking around town and corruption afoot, will anyone find happiness in the Wild West?

Calamity Jane is a feisty, courageous girl, and Madam Chi and Lo, despite their questionably broken speech, are both dependably likable. Told in the third-person point of view, the narration occasionally deviates from age-appropriate diction. Ney’s background as a doctor becomes apparent in the overly detailed surgery scene, and portions of the novel feel too long and unnecessary, as if Ney wants readers to know exactly how much research he has done into the historical setting. The ending also lacks some of the emotional resonance I was hoping for.

Nevertheless, the book is solidly entertaining and well researched, and the fact that its premise was based on the adolescent years of an infamous American frontierswoman and an actual crime makes it even more gripping. Overall, I would recommend this book to those who enjoy historical fiction, especially Gold Rush tales like By the Great Horn Spoon! by Sid Fleischman and “The Celebrated Jumping Frog of Calaveras County” by Mark Twain.

There are copious amounts of swearing, references to prostitution, and graphic scenes, including surgery, violence, and torturous death.
KEYWORDS

Read more reviews by this Litpick Book Reviewer: YungReader
Recommend this book and review to your friends on Facebook