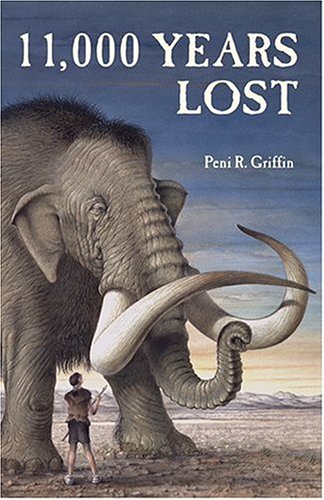 An archeologist-wannabe, Esther Aragones jumps at the chance of working with a real archeologist on a real archeological site near her school in Texas. As the work progresses Esther becomes more and more enthusiastic about prehistoric culture and spends the majority of her time with the archeologist, leading to an argument with her mother, whereupon Esther returns to the deserted site to pout. After returning to the site Esther passes through a "time gate" and enters into primordial Texas, is adopted by a Clovis tribe, and wanders through the summer with them, desperately trying to find a way back to her own time. Esther is eventually successful in returning to her time and gains a great deal of knowledge about the primordial Clovis people.

Realistic children's novels on prehistoric man are few and far between; in fact, finding any child's novel on prehistoric man is rare. When the reader does find such a novel the book often proves to be dull or extremely fanciful, disqualifying it as historical fiction and as an enjoyable read. This is fortunately not the case for '11,000 Years Lost' by Peni R. Griffin. As a novelty, the book was a refreshing change from the usual juvenile fare of school stories and cheap serial thrillers. 'Lost' ranks high as historical fiction, and a touch of magic adds excitement to the tale. Ms. Griffin wrote a carefully thoughtful story that takes the reader from adventure to adventure, successfully pulling the heartstrings and exciting laughter. The characters were fairly believable, and though the story unfolded slowly, such a slow progression enhanced the historical atmosphere. Due to the primitiveness of the environment and of many of the characters this book is suitable for thirteen- year-olds and up. Though its 300 pages may prove it a somewhat daunting read for the average thirteen-year-old, '11,000 Years Lost' remains a definite classic of children's primeval fiction.


Read more reviews by Litpick Book Reviewer: AK
Recommend this book and review to your friends on Facebook