I’m a children’s author, as is my wife. (She’s a kidlit veteran while I’m the new kid—I’ve spent the last several years primarily writing non-fiction: a couple of non-fic books and maybe 200 magazine articles for national publications.) My first YA novel, Road Rash, was published by Knopf/Random House and named to the 2015 ALA/YALSA Best Fiction for Young Readers list, as well as the 2015 Bank Street College Best Children’s Books of the Year list. When Road Rash came out, my wife and I got this crazy idea to do a big road-trip-style national book tour.

We can discuss book touring in a later article, but what I really want to talk about today is something we noticed during many of our presentations. (We presented at over 100 venues during the 16 week tour, covering most of the U.S.) We would usually do a Q&A as part of the event, and typically a lot of the audience were aspiring authors. Which is awesome. And a lot of times they’d want to talk about publishing. Which is also awesome—we love discussing the field and where we think it might be going. But I noticed a fair amount of them had questions about the “secrets” to publishing (their term, not mine). So I’d ask about their book and they’d say, “Well, it’s going to be an edgy paranormal with a kick-butt protagonist and…blah, blah, blah.” Or maybe, “I’m thinking about writing a teen romance where the main character secretly has this power which lets her…blah, blah, blah.”

Begin to see a pattern here? Yeah, there was no finished manuscript. Or even a first draft. Or even the first 20,000 words. But they were all about discussing how to “solidify their platform” as they “build their brand” so they can “effectively market their product to the industry.” And I suppose there’s nothing wrong with giving a little thought to those topics at some point. But hopefully not before actually putting words on paper. So when we got those kinds of questions from those kinds of writers, I’d say, “Okay, if you really want to get published, here’s the first step…” And they’d all sort of lean in.

“Have a great manuscript,” I’d say. Which—I’ll be the first to admit—is way easier said than done. But it’s still worth shooting for, whether your goal is traditional publication, self-publication, or posting your stories online. And by manuscript, I mean finished manuscript, which means reaching the end, then turning around and re-writing/revising/polishing as many times as it takes to make it as strong as possible. Perhaps addressing a different aspect each time, from overall plot to character development to continuity, down to making each paragraph as strong as possible, tightening any brilliant-but-not-really-necessary verbiage along the way.  (I’m as guilty of over-writing during the first draft as anyone.)

After it’s been polished down to the sentence level—you should consider having beta readers go through it, ideally people who are familiar with your chosen genre (might not be as helpful to have someone review your epic SF novel if they only read historical romance, right?) —then go back and address any commonalities in your beta responses. (If one reader doesn’t like something, it may or may not be noteworthy. But if multiple early readers don’t like—or are unclear about—a specific part of the book, you may have an issue worth addressing.)  Then, when you believe it’s as good as it can be, you should think about submitting it to agents or editors (or shopping for a qualified freelance editor if you’re going the self-pub route).

But up until you’re holding a strong, completed, polished manuscript in your hands, the main job is creating that professional manuscript, and for that you need to be wearing your “creator” hat, not your “marketer” hat. It’s a cliché, but there’s truth behind it—you don’t get a second chance to make a first impression. I think at some point all writers have sent off a manuscript before it was really ready (and I’m raising my hand here too), and we almost always regret it.

As I write this, I’ve recently finished a new YA manuscript. Then I made a punch list with several things I wanted to address, from plot points to character consistency to details like the over-use of certain adjectives. And I went through that manuscript so many times I can almost recite the whole 350 pages from memory. I’m finally happy with it, and frankly I’m dying to get it to my agent so she can send it out and see who’s as interested in it as I am. But I’m biding my time just a little longer because I have one more trusted beta still going over it, and then I’m going to consider their feedback and see if I can make any more improvements. And then—and only then—will I send it out. Because doesn’t your story—the one you’ve worked on, worried about, and sweated over for months or years—deserve the best shot possible?

So do yourself a favor and put the writing first.

Mark Parsons is the author of the YA novel Road Rash, published by Knopf/Random House.  View the book trailer here.  Follow Mark on Twitter: @MarkHParsons

Check out the 5 Star LitPick review of Road Rash. 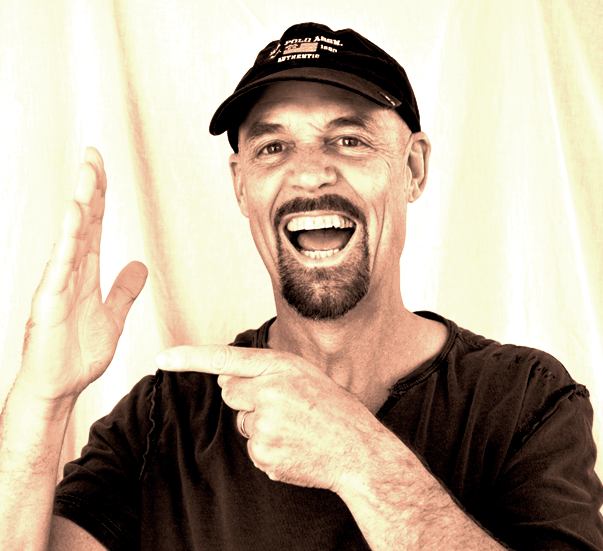