Yoke: The Bound Trilogy Book I 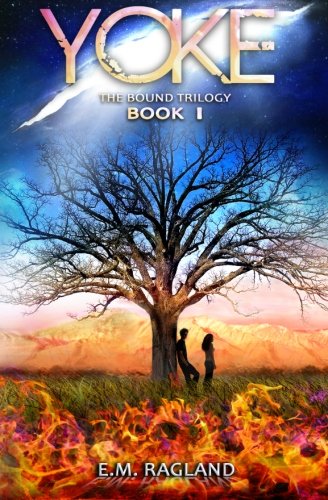 Yoke: The Bound Trilogy Book I
Eve Ragland
Book Trailer:  Visit Youtube.com and search Yoke The Bound Trilogy or visit the author's amazon page! Series Website: emragland.comAs far as Sophie Morgan is concerned, nothing sets her apart from other people her age, except maybe her quick temper. But when a car accident claims the life of her mother on Christmas night, Sophie comes face to face with her angelic father and learns her existence is anything but ordinary. As Sophie adjusts to her new life in California with her Aunt Celeste, she is thrust into a world of music, angels, and unearthly vengeance. And she is not alone; misunderstood classmate and local musician Joseph McCafferty is tortured by his own demons. Sophie and Joseph begin a strained friendship that develops into an unshakable, possibly forbidden love that marks the first step along a pre-destined journey in which Sophie must choose between her love for Joseph, her place in Heaven or Hell, and the fate of humanity.
1 Vote

Tweet
Yoke: The Bound Trilogy Book I review by alivyah

Yoke is a story about a teenaged girl trying to figure out how her mother really died. One night she and her mother were going to a Christmas party, when suddenly they were spinning out of control. There was nothing in the road and no way she should have flipped over. That night she saw someone who she believed was the culprit. She soon realized her mother’s death was the least of her worries. This romantic, heroic story tells how she walks into a great war.